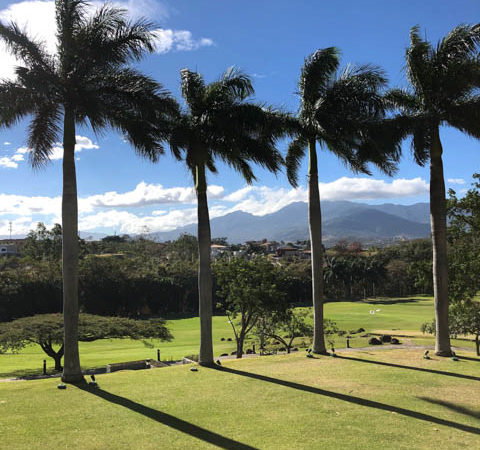 We’ve made it to Costa Rica!

Where Are We Staying:

After a few days at the Marriott when we first arrived, we are now settled in an awesome condo we rented in Heredia, a suburb of San Jose. It is so nice having a place to cook for ourselves, unpack and call home for a little bit. This place was a great find with a beautiful kitchen, big community area with a pool, and 2 bedrooms (aka = come visit!). While it isn’t in a super trendy area, it is walking distance to a few nice restaurants, bars, and cafés. Plus it is only a 10-minute drive to work, which is a great change from Portland for me! 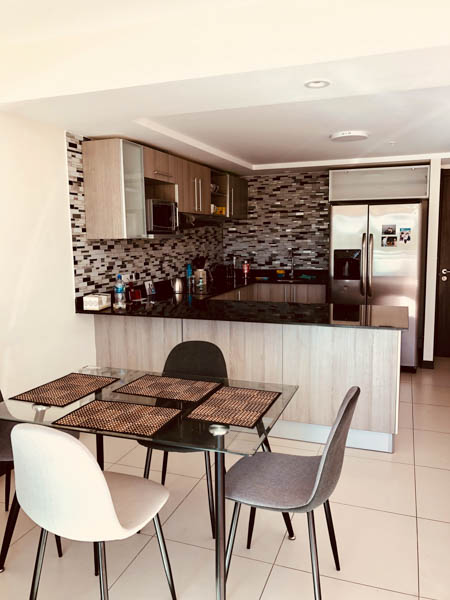 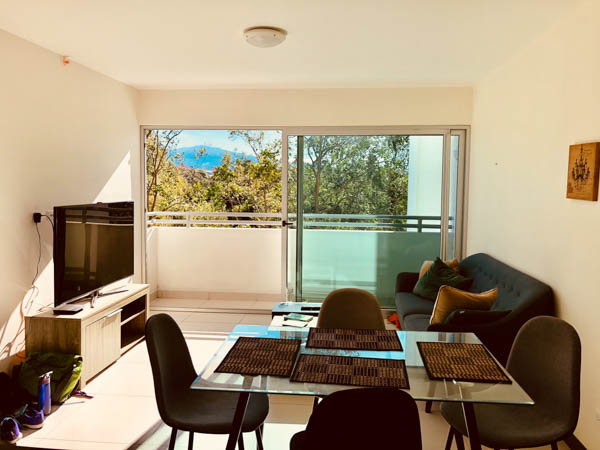 What We Are Up To:

While I’m working at the Intel office Monday through Friday, Brice has been scoping out the pools (rough life) and planning our excursions. Our first weekend was spent exploring downtown San Jose’s art museums and markets, while next weekend we’ll likely head out to the beach or volcano, which are about 2-4 hours away. 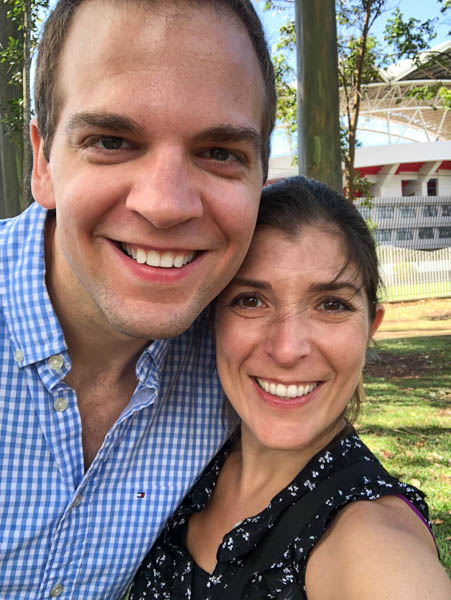 After a 3-hour shopping excursion to three different stores, we’ve stocked up our kitchen in plans to eat most meals at home during the week and have also found an awesome Crossfit gym just a few minute walk away. 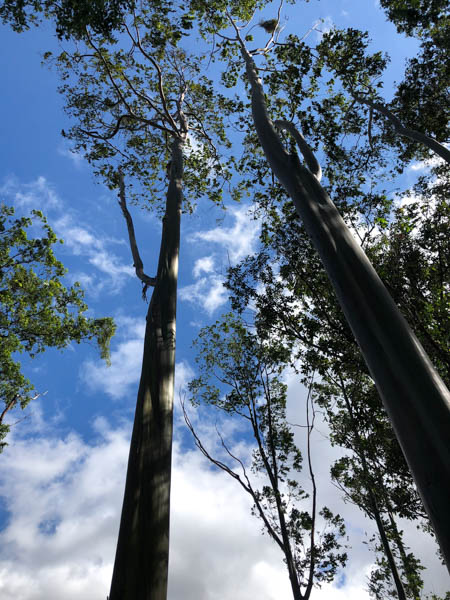 The similarities to back home:

Work: If I could just drop be transported from Oregon to the CR campus, I would likely not know I was even in a different country. The cubicles, the conference rooms, the meetings all are the same. Sure, people speak more Spanish in the hallway and instead of free bananas in the café, we are given guava, but overall it is just Intel. While a little eerie, in a lot of ways, that has also made it a lot easier to be integrated and set up down here.

The People: Everyone here is incredibly friendly. My coworkers, our landlords and anyone else we have encountered are all so welcoming and helpful in whatever we need. People say Oregonians are friendly, but Costa Ricans take it to a whole new level. 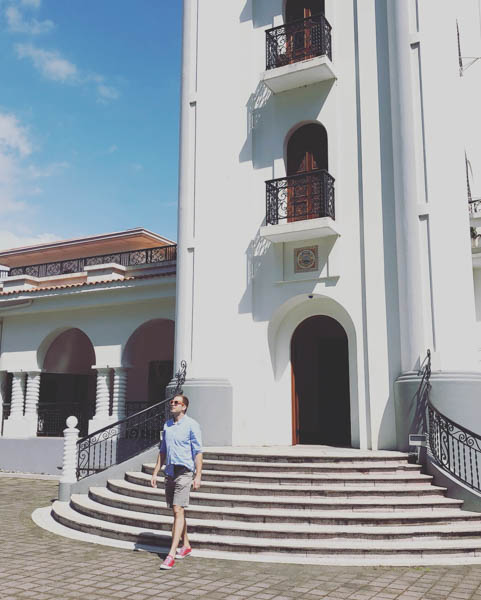 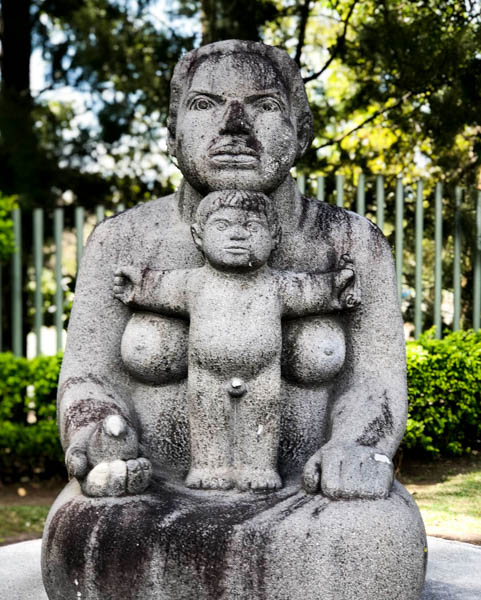 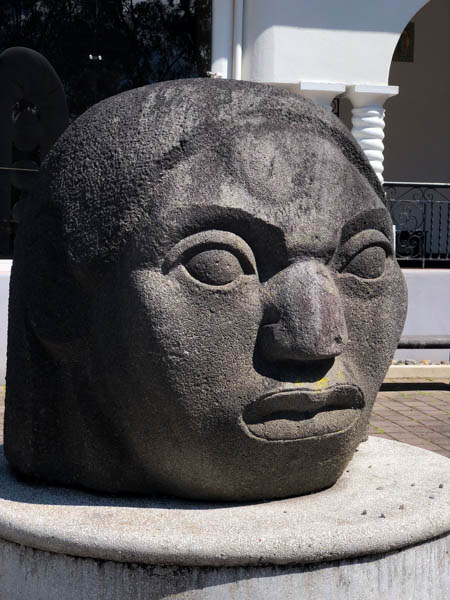 The Expense: The prices of rent, restaurants, groceries we’ve seen are all pretty similar in cost back home. Given the average salary is much lower than the US though, this has surprised me. One of my coworkers said any trip back to the States is a huge shopping run for them, as anywhere in the US would be cheaper for clothes, kitchen supplies, electronics, etc. 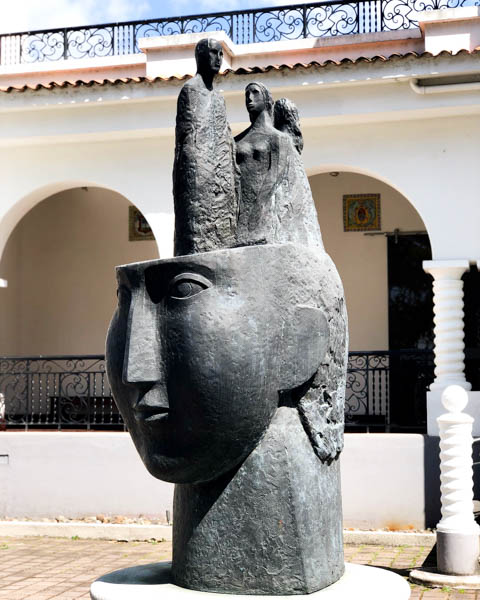 Driving: It’s like Costa Rica would like to have an orderly, safe and easy traffic system but just can’t quite get there. First, the drivers: I have only been here a week and have already seen so many blazen driving techniques like just making up lanes, cutting in front of other drivers at intersections or my favorite – driving down the ongoing traffic lane because the correct direction was just too backed up. The motorcyclists are even worse. I’m shocked they don’t have a higher mortality rate with their weaving in and out of traffic, squeezing past semis and zooming around blind corners. I am both impressed and horrified. 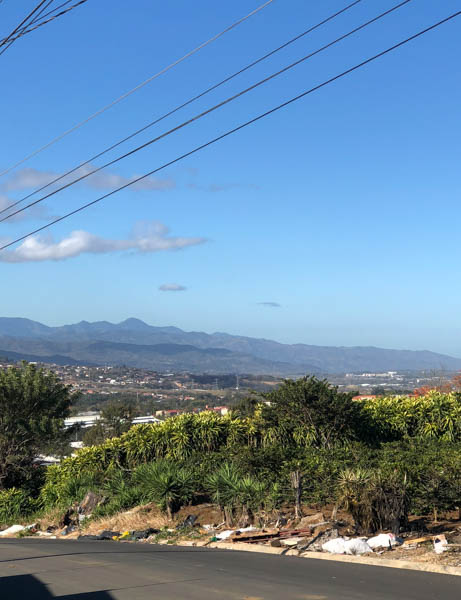 Next, the roads: I was told by several coworkers when I was looking for apartments to not get one too far away because of the traffic. I didn’t quite believe it until now. But it can take 2 hours to go 12-13 miles here. Several main roads are potholed or don’t have lines indicating the lanes. The “highways” are often just 2-lanes (one each way) with only stop signs at major intersections, causing the left-turn lane to be a parking lot. Fortunately I don’t have to go very far! 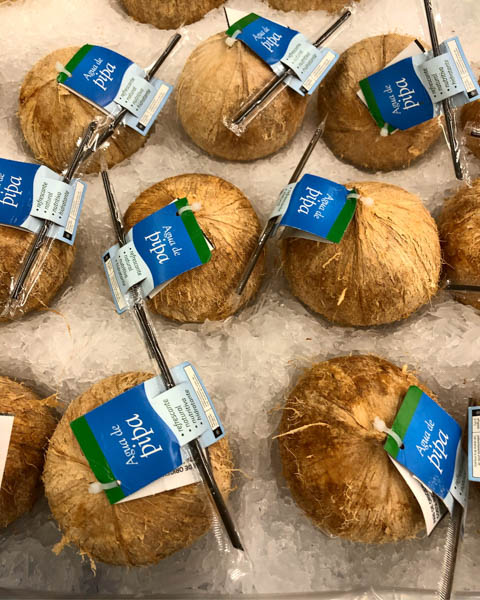 The Language: This is the obvious change. While everyone at work speaks great English and most people we meet at restaurants and the gym speak some as well, Spanish is everywhere. While there are still plenty of times I stare blankly when someone says something to me, my Spanish has already gotten a lot better. Every day I’ve been practicing and can now have a limited conversation, though it is pretty broken and slow.

The best has been attending a 90-minute department meeting at work the other day where the whole presentation was in Spanish. Can’t say I understand anything other than the few pieces of Spanglish: “Blah blah blah, world class finance, blah blah blah, reconciliation…”  But hey, that’s how you get better? 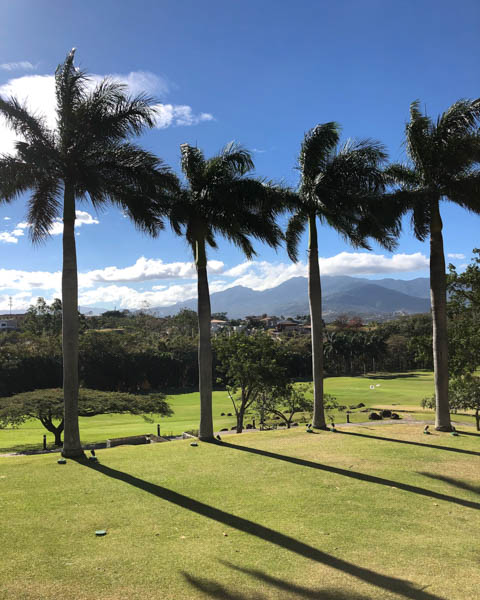 The Weather: Let me just brag for a brief moment – it’s been in the mid-70s with a nice breeze and minimal clouds every day since we arrived. Hello February!

More to come as we explore the beach, mountains, rainforest and rest of CR! Pura Vida!