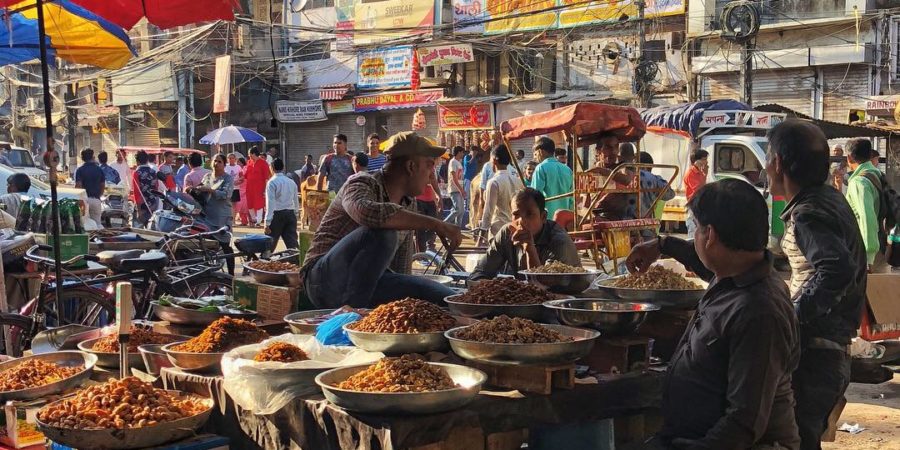 Our hotel here in Amritsar is a little ways outside the tourist zone but definitely popular so after doing some sightseeing this afternoon, I figured getting a tuk tuk back would be easy. “Taj Hotel, please.”

After negotiating on the price, I hopped in and off we went through the noisy, crowded streets.

A few minutes later, I noticed we were getting onto their small freeway. Checking Google Maps (such a godsend!), I realized we were not heading in the right direction at all. Somewhat frustrated, I yelled at the driver – “No, wrong way. We need to go that direction.” (Side note because I feel it may be asked, I never was concerned he was purposely taking me the wrong way, just that he was confused where to take me.)

Bag and bags of Indian tea

Ok, ok, he obliged. But given there was a big median in between the lanes going the other direction, he did what any Indian driver would do – just turned around and starting driving towards oncoming traffic! I wasn’t sure if I should have preferred going further out of the way so we didn’t have to do that.

After about 1/2 mile, which find like ages at 20mph, we finally made it to the right side of the street. Then he pulled over to ask a woman to translate my directions. “Taj Hotel,” I told the woman, and pointed it out on my phone. “Taj Hotel” she repeated back to the driver, to my ears, in the exact same accent. “Oooohhh!! Taj! Taj!” The driver exclaimed, giving me a big smile now. Isn’t that exactly what I said? I wondered.

“Yes, Taj” I repeated. “No, Taj. Not Taj.” Dumbstruck by the difference, I figured at least he knew where he was going this time.

But sure enough he did. A few minutes later we strolled up to the (correct) hotel and he apologized profusely, laughing at himself a bit. Another entertaining story while in India!

2 thoughts on “Isn’t That What I Said? An Indian Short Story”