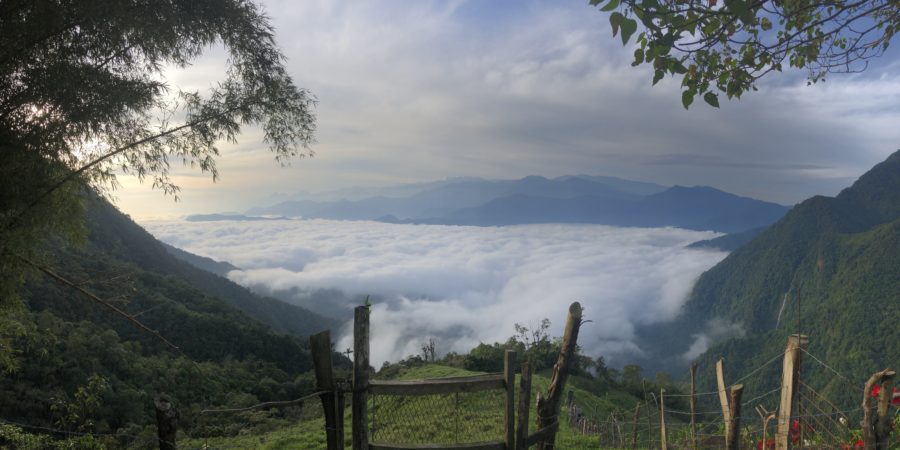 We have spent the last two weeks since leaving Costa Rica in the beautiful country of Colombia. 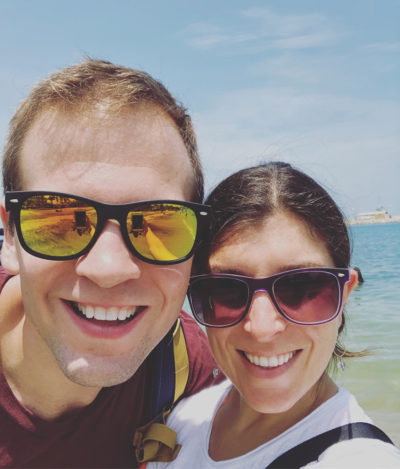 I know what you may be thinking, because I thought the same thing (and have heard it from a few folks directly as well) – Colombia? You mean the place where Narcos was set? Isn’t it dangerous there?

I was initially a tad concerned as well. And I won’t be naive to think there aren’t places in Colombia that are not unsafe. But this country has improved a huge amount since the Pablo Escobar days, especially on the now touristy beach cities on the northern coast, where we elected to visit.

And we had heard and read so many incredible things about this country, we had to try it out. I am so glad we did. 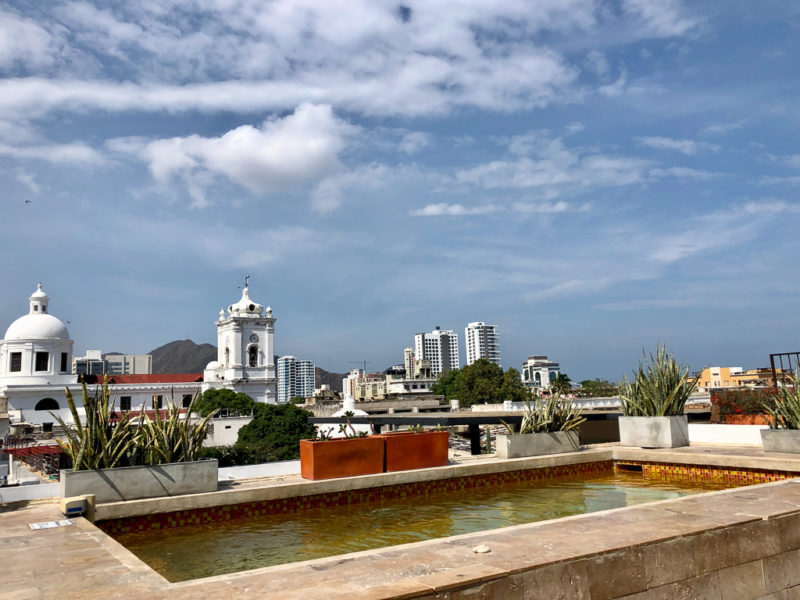 Gorgeous beaches on one side and a huge mountain range on the other, you can’t beat the views in the north. While hiking in the Sierra Nevada de Santa Marta (more on that coming soon), I could not stop gawking at how stunning everything was – the lush mountain sides filled with trees, from palms to random bamboos, waterfalls and clear rivers, and valleys covered in clouds. 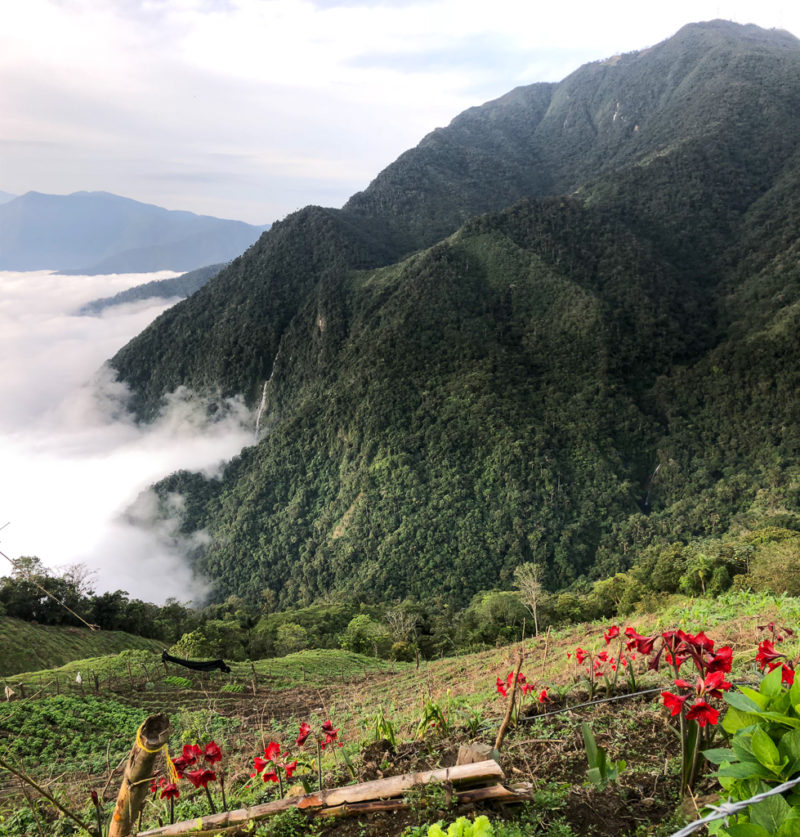 In the cities, the standard architecture is not amazing by any means, except in Cartagena. The old city is surrounded by the protective stone wall and filled with colorful colonial buildings. It is truly picturesque. The other side of the city is the perfect contrast, aptly likened to Miami with a skyline of huge new hotels and office buildings. 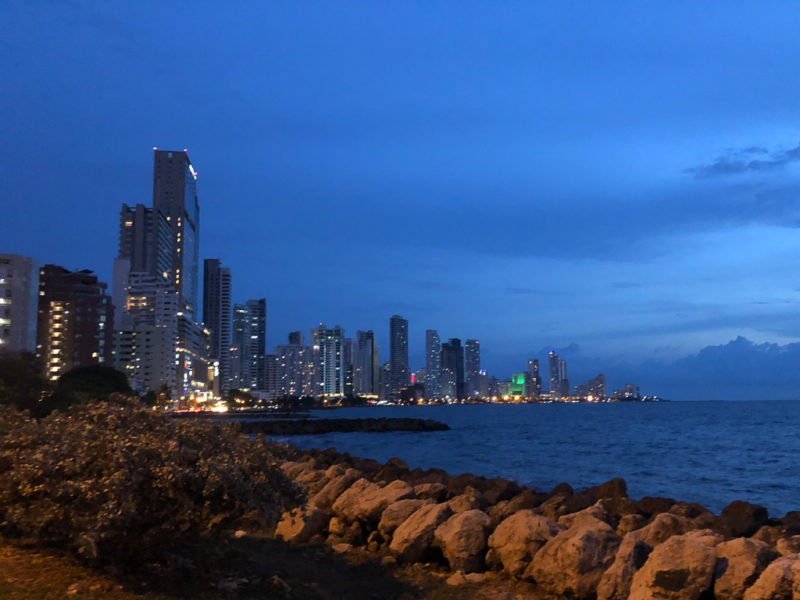 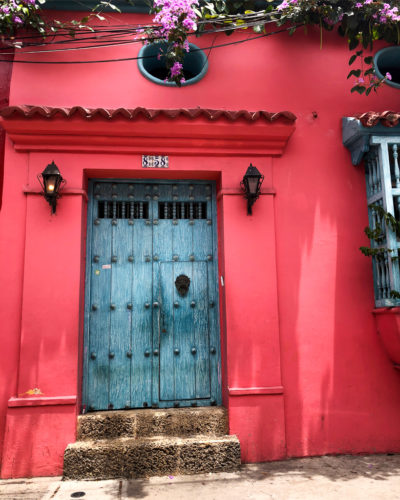 The food is delicious!

Typical Colombian food is centered around arepas, empanadas and casado-like plates of rice, plantains and a meat. Everything is flavorful, cheesy and just the right amount of spicy. You can find fresh squeezed juice, like mango or my new fave lulo (kind of like a mix of lime, orange and kiwi), everywhere. The vegetarian options are delicious and plentiful. And oh the incredible fresh fish and seafood.

In the 2+ weeks, we have only had one mediocre meal. The rest have been excellent, from roadside stands to fancy dinners. My kind of place. 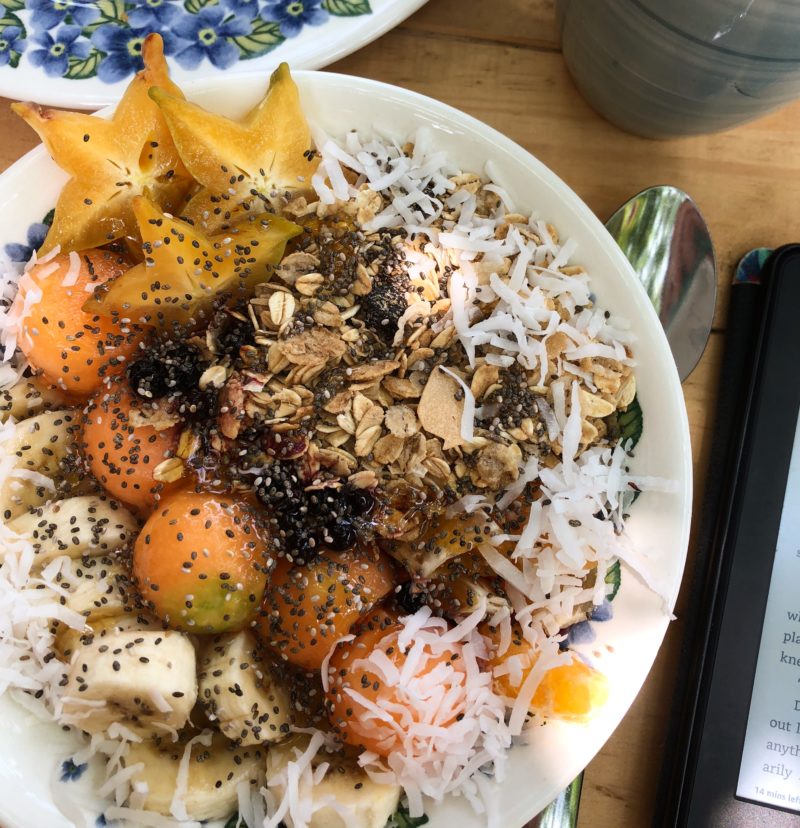 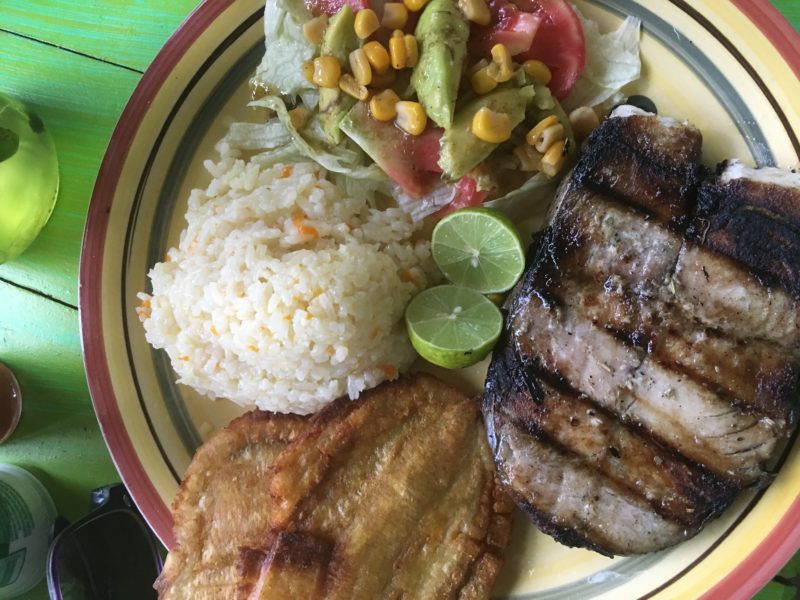 In some of the more touristy areas, it certainly isn’t SE Asia cheap by any means but still things are a deal compared to the US (or Costa Rica). Empanadas and other street food can be under $1. On the fancier side of the spectrum, things are still reasonably priced. For our last evening in Cartagena, we went to one of the nicest and most expensive restaurants in the old town, enjoyed an appetizer, two entrees, a bottle of wine and cocktails for only $100.

The people are so friendly!

Nearly every Colombia we have met has been so nice, from the staff at hotels to taxi drivers to the local families who farm up in the mountains and welcomed us into their homes. They have all been excited to share their country, culture, language and food with us. 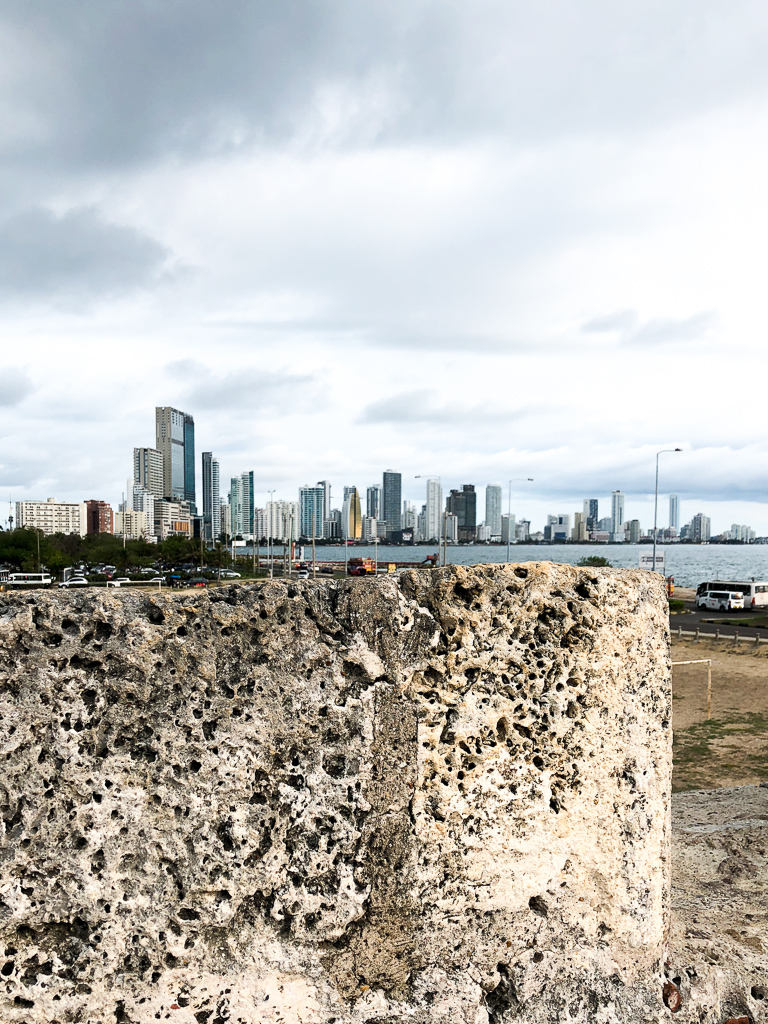 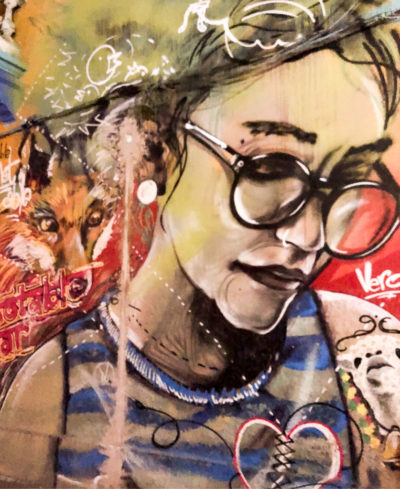 I love places where I can walk around. Our first day in Barranquilla where we flew in, we exclaimed to each other about the huge sidewalks that line the streets. This was especially refreshing after being in Costa Rica for three month. In Cartagena, crosswalks are actually used and observed. 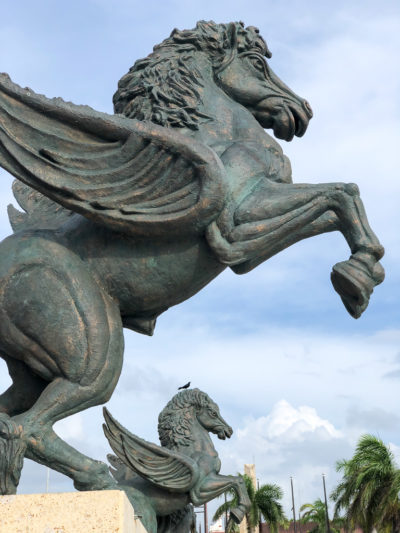 Even in the big cities, the sidewalks are devoid of trash. This is in big thanks to numerous trash cans around and the hard working city workers we see almost all day, every day, cleaning the streets. This might sound like a silly thing to highlight until you are in a dirty city.

Getting around is easy!

While we have not been driving here, it seems much easier than Costa Rica. Sure, you can’t drive everywhere in the country as some areas are still unsafe or others don’t have a strong road system, but getting around most of northern Colombia is smooth sailing. After being scarred by the terrible roads and insane traffic of Costa Rica, this has been a blessing. The highways all seem to be in excellent condition, people follow traffic rules and when you’re told it is a 90-minute drive from one town to another, it actually is. Hallelujah! 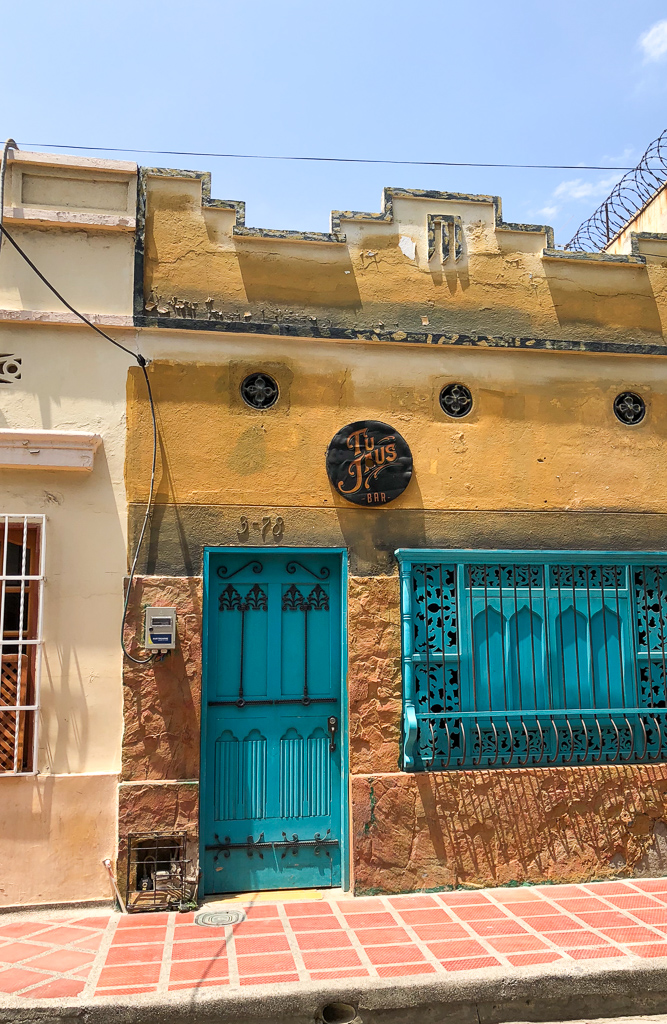 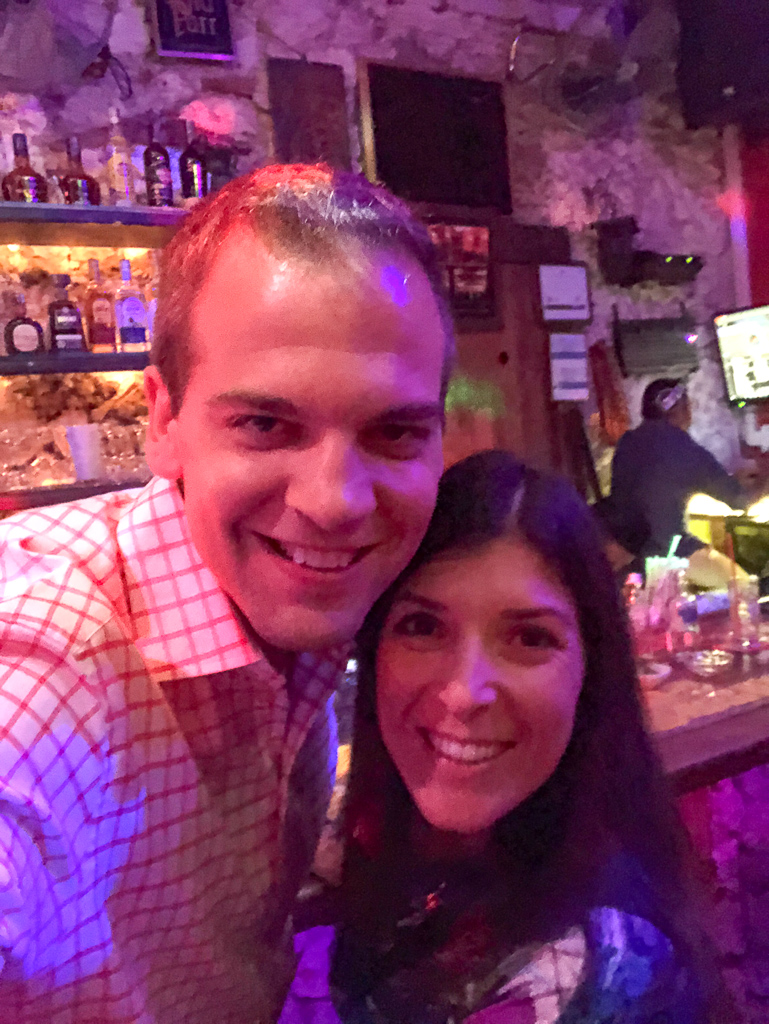 The biggest negatives we have encountered: the weather and the bugs.

For a good week, my legs were inflamed by mosquito and sand fly bites. Ugh. Seriously, even walking hurt. I must have some super special blood because even dousing myself in pounds of Deet, which will surely kill me later in life, didn’t seem to deter the buggers.

And then the humidity. Holy cow, this Oregonian is not prepped for this weather. You can’t walk down the street too far without soaking your shirt in sweat. Cute, I know. We attempted to walk around Cartagena one afternoon, bad idea. It was so hot, we made it about 1/2 mile before needing to take a break at Cafe Stepping Stone, under a fan with an iced watermelon juice. At least the vibe and drinks were delicious! 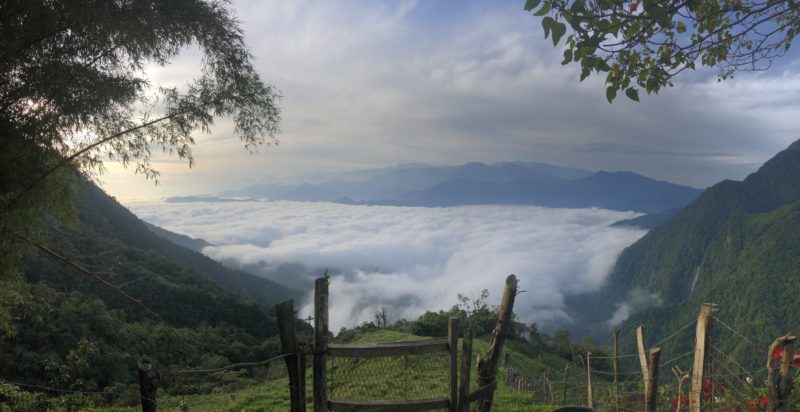 We live in a pretty incredible place. ✨ So man

So happy my parents made their way to Utah to cele

Leaf peeping with @thekarenstone. So many gorgeous

Growing up in the PNW, I loved how green it was ye