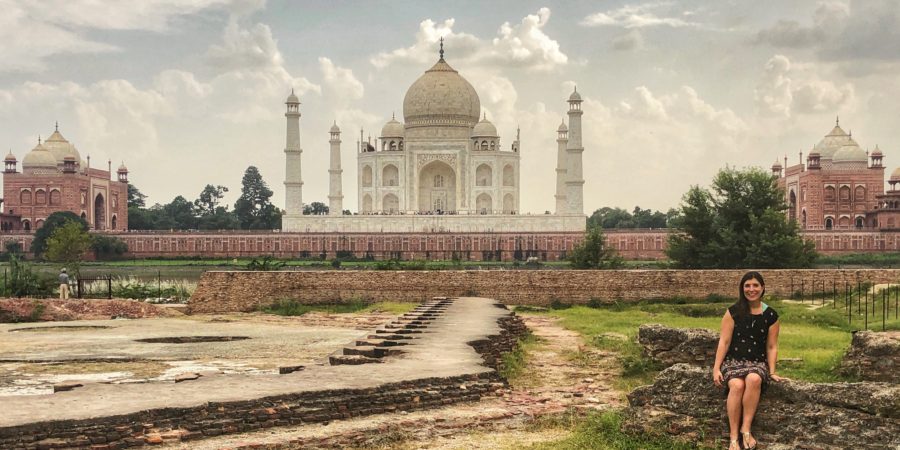 We have now been in India for a full week – four days in the capital city of Delhi and three in Agra, home of the Taj Mahal. While we certainly haven’t seen much of this massive country, below are some of my early impressions.

I admit I was originally a little nervous about traveling to India. We heard or read concerns about traveling here, from crazy masses of people everywhere to risks of getting sick. It sounded like it could be an overwhelming and at times scary place to visit. The statement we got from several friends who had visited here before was oddly similar – “be prepared to both love India and hate India at the same time. It is both intense and amazing.” Right.

With those pieces of “advice,” we opted to book an open-ended trip with only the first 10 days planned and see how we were doing part way in. We also went the route of booking only high quality, western-standard hotels. Maybe not the most cultural, but hey we figured the Marriott could deliver bottled water, AC and a nice retreat from the intensity if/when needed (and they have done all that spectacularly well!). 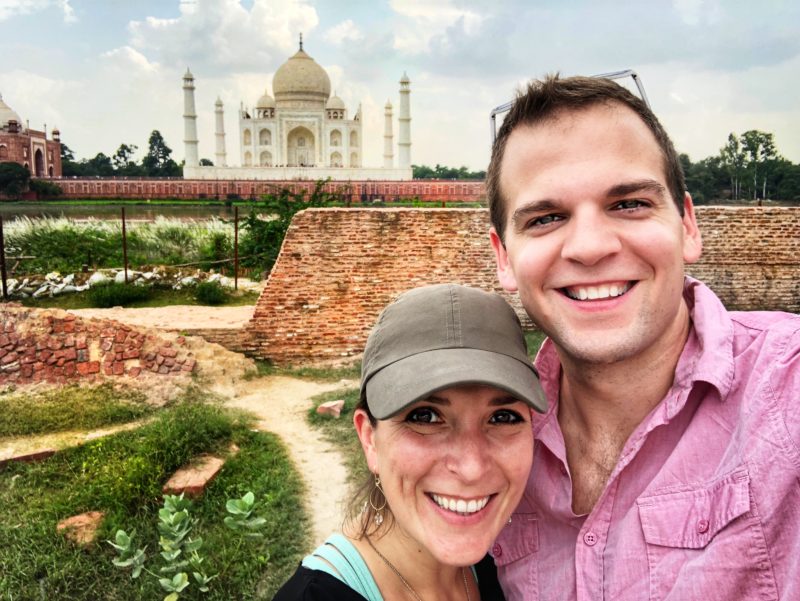 For the most part, India has fit a lot of those expectations: it is loud, mostly due to excessive honking. It is dusty, dirty and sometimes smelly. Crossing the street with all the cars, tuk tuks and motorcycles is chaotic whether you’re on foot or in a vehicle. We’ve seen a lot of stray dogs and cows roaming the roads.

But it has also exceeded our expectations in some ways. As someone who gets quite anxious in large crowds, there haven’t been those swarms of people I was warned about. Even visiting the Taj Mahal, which is certainly very crowded, wasn’t as bad as I expected.

Of course, it helps that I’m traveling with a tall dude, but I’ve felt surprisingly safe here. The numerous articles about being stared at or accosted because I’m a woman and/or because I’m white have not been my experience. Locals either just pass us by or have been helpful. Obviously tourists still have to be careful and not do anything reckless, but I’ve been happy that walking around has felt comfortable.

I’m a big fan of Indian food – the spicy, unique flavors, the numerous vegetarian options, and seriously, all that naan smothered in butter and garlic?! Yum. My favorite dishes so far: Bhel Puri, a snack dish made with puffed rice, red onion in a spicy tamarind sauce; and Kofta: Indian dumplings often made with potatoes and either chickpeas or paneer cheese, then fried before being smothered in a spicy sauce.

(If you do happen to be in the Portland area, Bollywood Theater truly does a great job with its dishes being authentic. So many things I’ve eaten in India, I’ve enjoyed or seen on their menu.)

That being said, it is becoming a bit too much carbs on carbs. Especially as I am cautious of having raw fruits or vegetables, a lot of healthy options are out. Nearly all meals end up being a lot of fried starches, with a side of more starch and smothered in a sauce that’s heavy of cream and butter. Delicious for a few days, too much for several days.

And to address several concerns I’ve gotten from friends and family, we only drink bottled water – even for brushing our teeth – and are very careful as best we can about the quality of the cooking and prefer to order cooked dishes vs anything raw. Fingers crossed we come out unscathed!

A little snack of bhel puri.

It’s nearly impossible to be in India, one of the poorest countries in the world, and not notice the poverty. It is especially evident once you leave the hotel zones, or when we traveled by train from Delhi to Agra. Trash is everywhere. Water is dirty. Small children run around on filthy dirt roads, without shoes, sometimes clothes, and rarely supervision. It isn’t uncommon to see a home that is just a tarp over a tree, or to hear that 16 people live in a 50 square foot apartment in Delhi. The difference between the “haves” and the “have nots” here is particularly striking.

It is all heartbreaking, specifically feeling helpless to do anything that might make a difference while not being taken advantage of. 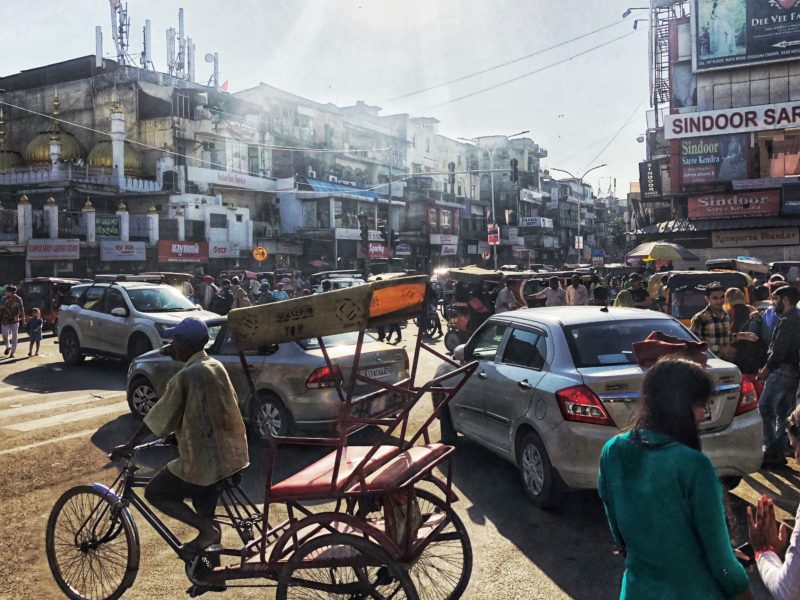 Wowza. It is smoggy in Northern India. While we’ve been here, the AQI has averaged around 189 (by comparison, LA is currently at 56 and over 100 is listed as unhealthy). While we’ve found it uncomfortable to breath and walk around outside, we’ve been told by locals, “the air quality now is wonderful! It gets WAY worse!”

We subsequently found out this fun fact – of the top 15 global cities with the worst air pollution, 12 are in India! Our stops in Delhi and Agra are coming in at #6 and #9 respectively. At least that explains our lethargy.

But of course, there are also a lot of gorgeous things to see in Delhi and Agra. From the Red Fort and Humayun’s Tomb in Delhi, to of course the stunning Taj Mahal, there are so many historical sights. Many of these palaces or mausoleums, which are extremely well preserved, also have lush gardens. They are the perfect place to relax and take in the beautiful views – if only it wasn’t so hot for us to stay very long!

Next, we are heading to Jaipur to complete the touristy “Golden Triangle.” From there, we may continue our Indian journey, venturing to Udaipur, known as the City of Lakes and up north to Rishikesh in the Himalayas, the birthplace of yoga.

I recently saw this kind of mini life update on another blog and loved the idea so hopefully will remember to keep it going on other posts.

What city are we in as I write this? Agra, India

What’s the scene? In our hotel room watching sunset over the Taj Mahal (and the less pretty city of Agra).

What am I reading? Just finished Educated last night and started Eleanor Oliphant is Completely Fine this morning!