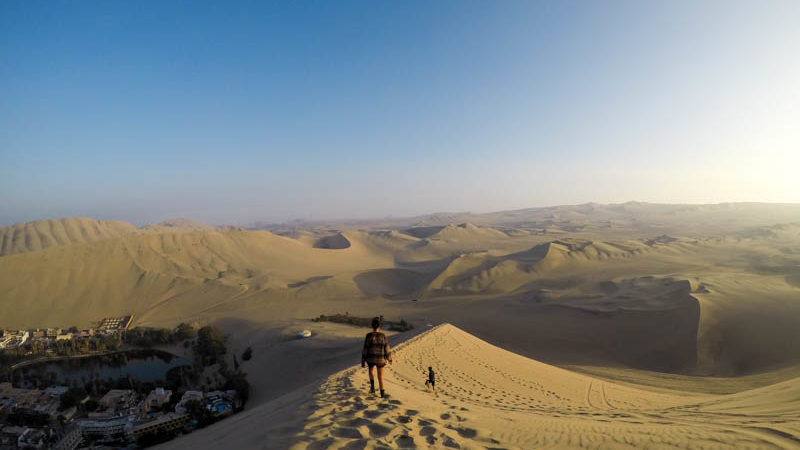 Did you know Peru has a huge desert with South America’s largest sand dunes, just a few hours south of Lima? I certainly didn’t until we started planning this part of our trip.

As you drive south from Lima, even though you are still on the coast, the landscape begins to change, becoming drier and much sunnier. Mountains of sand start to appear in the distance. You pass through Ica, a dirty, poor and not very safe looking city, hop into a small taxi for a bumpy but short ride to Huacachina. In about 10 minutes, there you are in this crazy backpacker haven of beautiful palm trees, restaurants and hotels lining the blue water of the oasis. 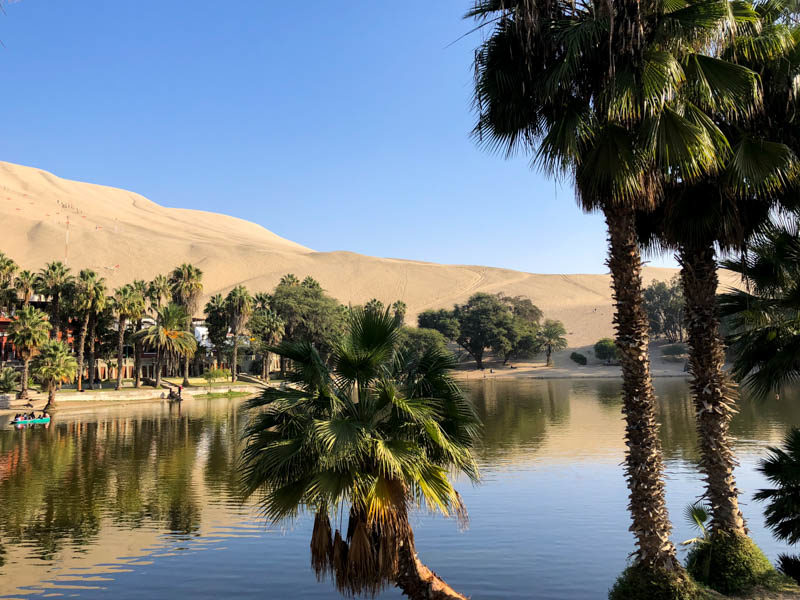 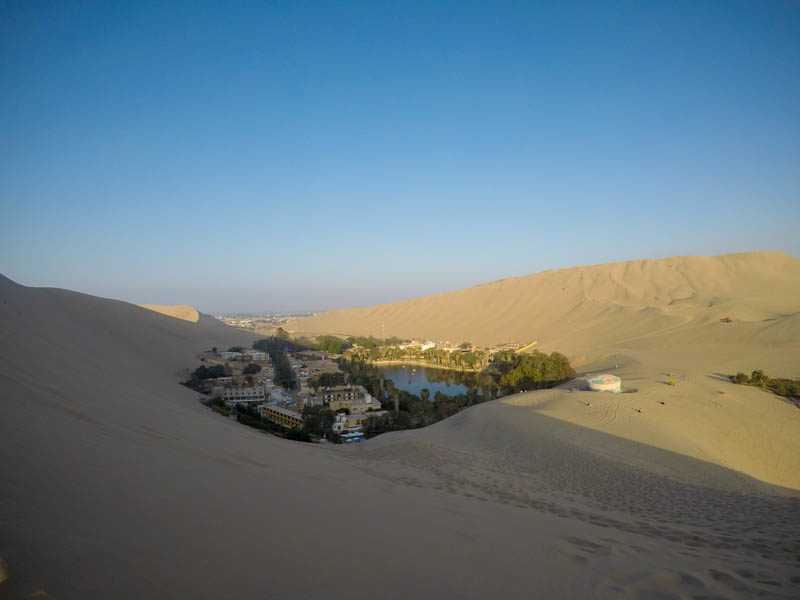 The contrast between the tourist area and the local city is striking. But it isn’t surprising that South America’s only natural desert oasis is now a staple on Peru’s “Gringo Trail.”

The sand dunes, which you can climb, dune buggy up or sand board down, surround the lagoon creating a feeling you are far away from anything else. As I was sitting waiting for sunset atop one of the dunes, I heard an American couple talking about how they felt like they were in Egypt or somewhere else in the Sahara, rather than South America. 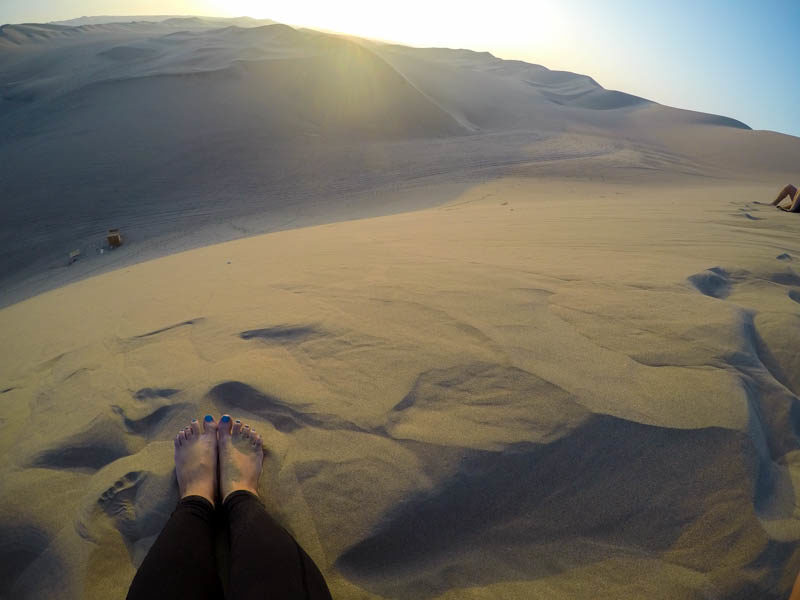 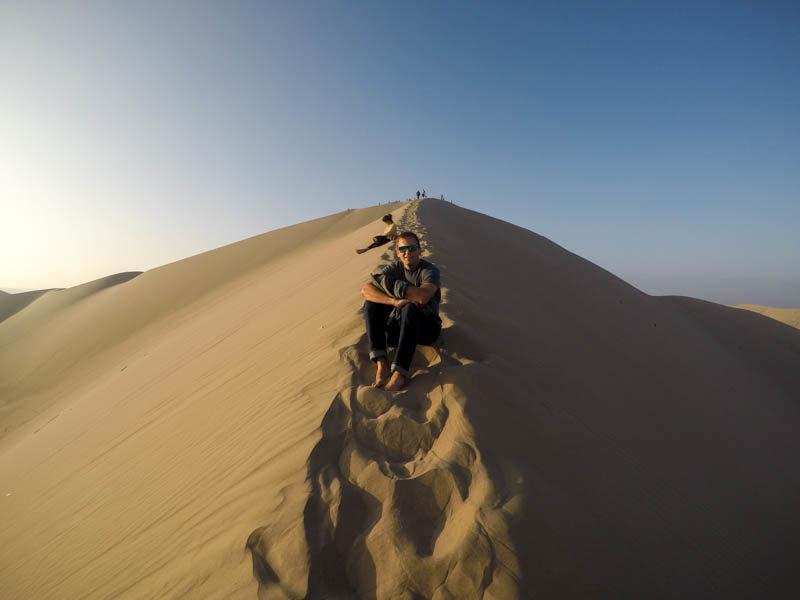 Seeing the sunset was gorgeous and well worth the hard trek through the sand to the top – the reds and pinks reflecting off the sand and the 360-degree views of the area. 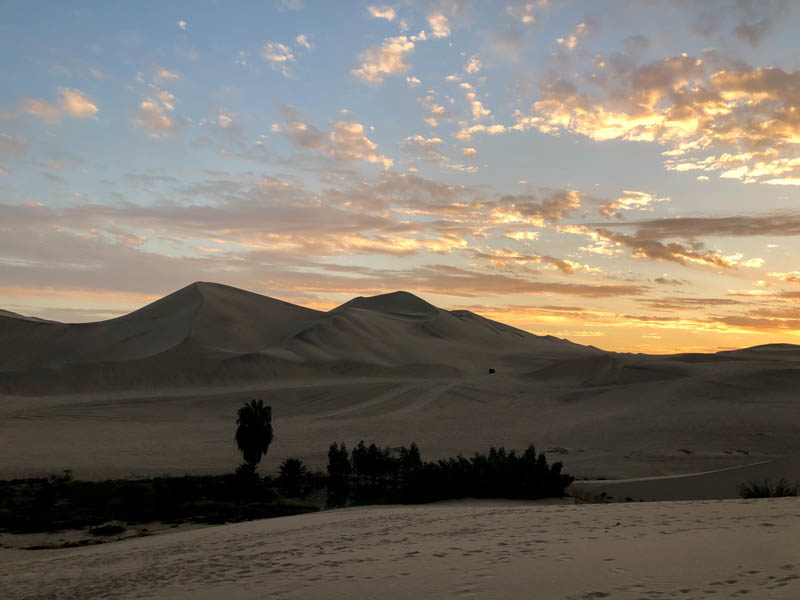 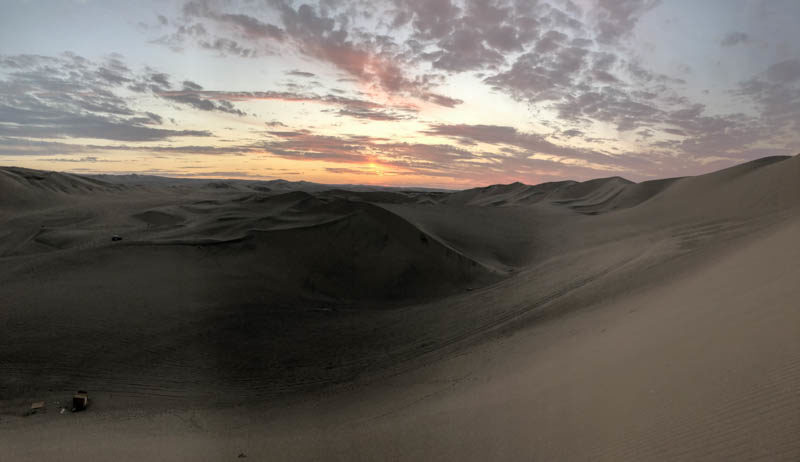 The views don’t stop once the sun goes down – the whole village lights up, providing a magical scene from the height of the dunes. 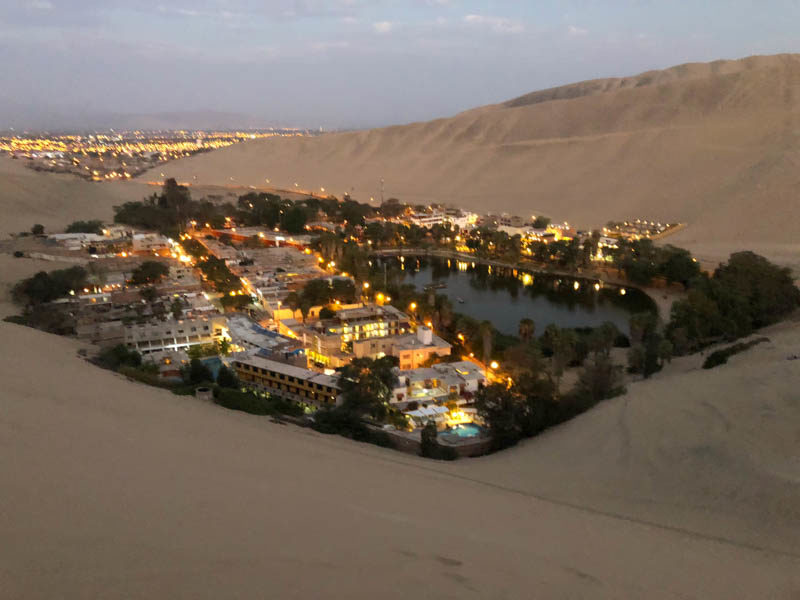 We added on a day trip to the Islas de Ballestas, about an hour north for a boat ride to see the wildlife on these rocky islands. Although it is nicknamed the “Poor Man’s Galapagos,” given the animals and birds that are present, we both agreed it isn’t nearly as impressive as the Galapagos. However it was definitely still a fun morning spotting sea lions, seabirds, and even penguins! 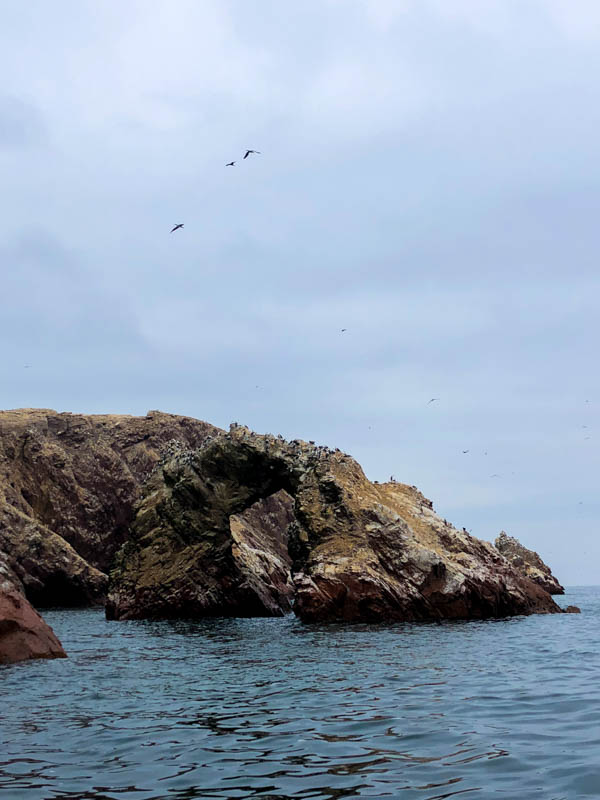 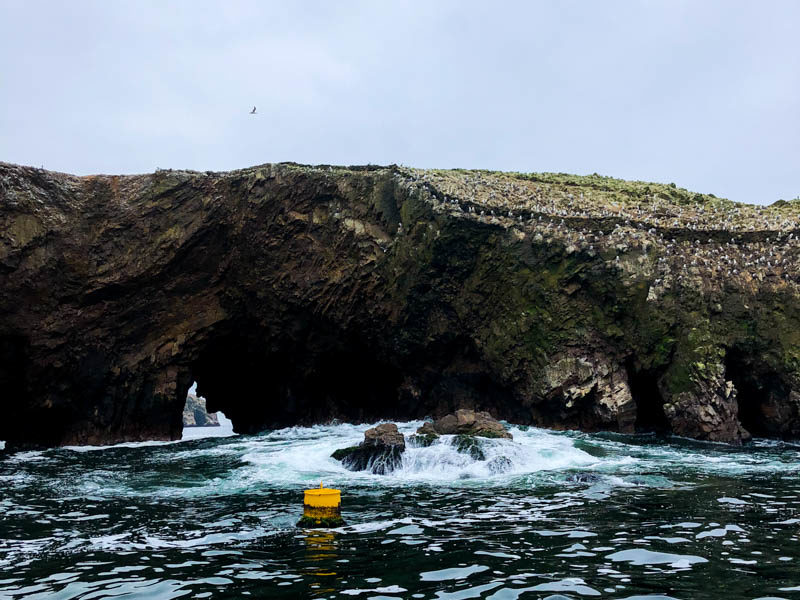 While there isn’t much to do for several days, I would certainly recommend it for a night or two. 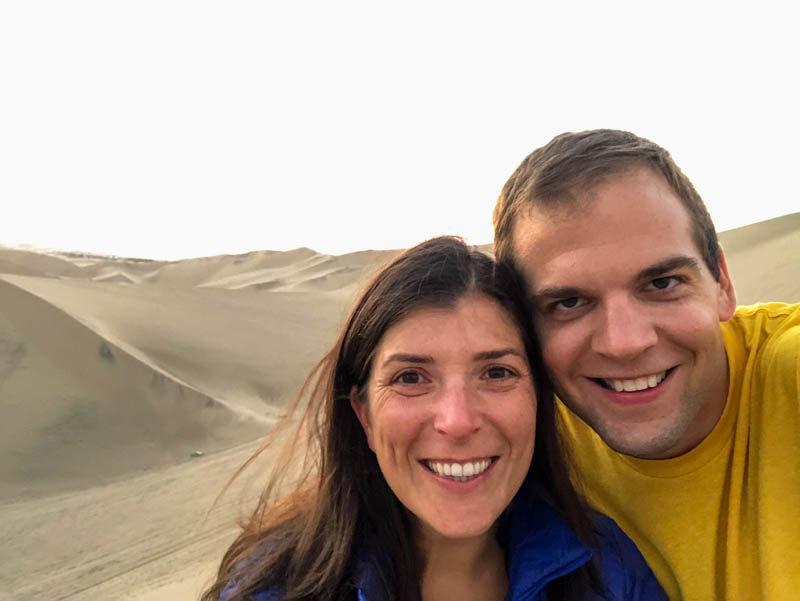 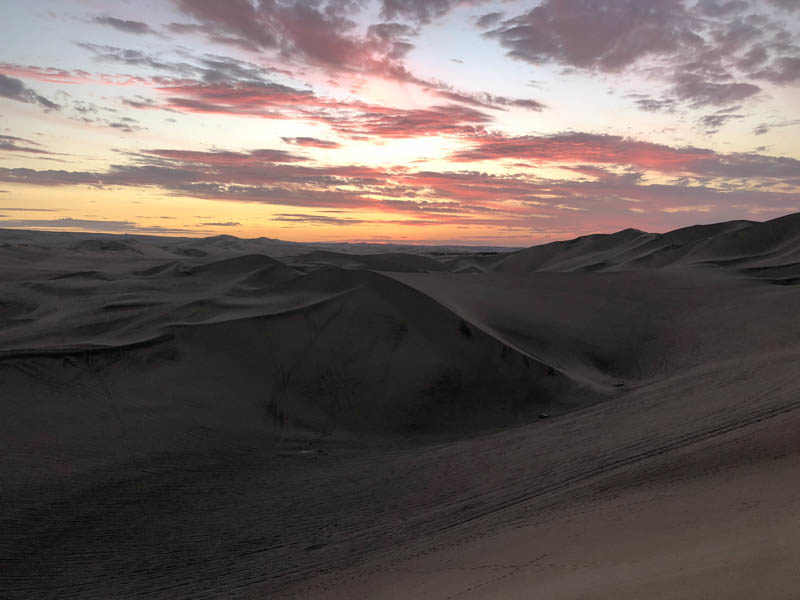