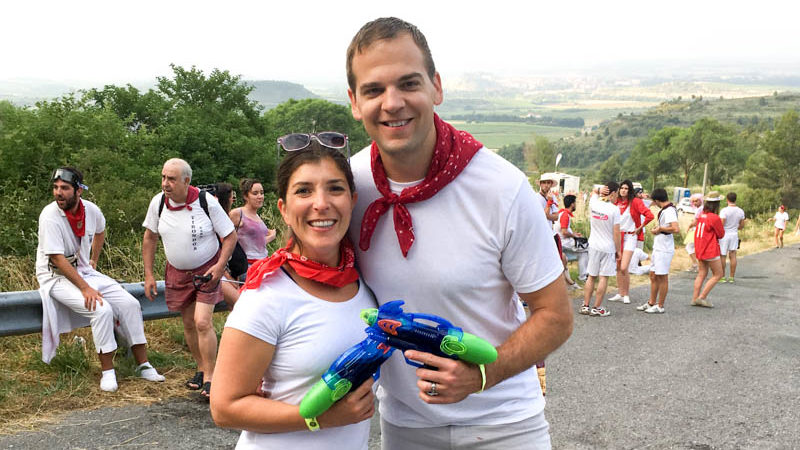 When we finally declared that South America was getting too cold for us (seriously, Peru, why don’t you like central heating or double-paned windows?!), we decided spending summer in Europe didn’t sound so shabby.

However Brice found some great flights from Lima to Madrid, so we figured, why not tour around Spain first. That decision was fully solidified once I read about one of Spain’s best festivals occurring only a few days after we would arrive.

Picture a huge squirt gun / water fight but with red wine. The videos looked ridiculous. I knew we couldn’t miss it.

We signed up with Stoke Travel, which coordinates camping and activities at festivals around the world. We arrived in Haro the day prior to the wine fight to meet some fellow festival goers and get ourselves situated. 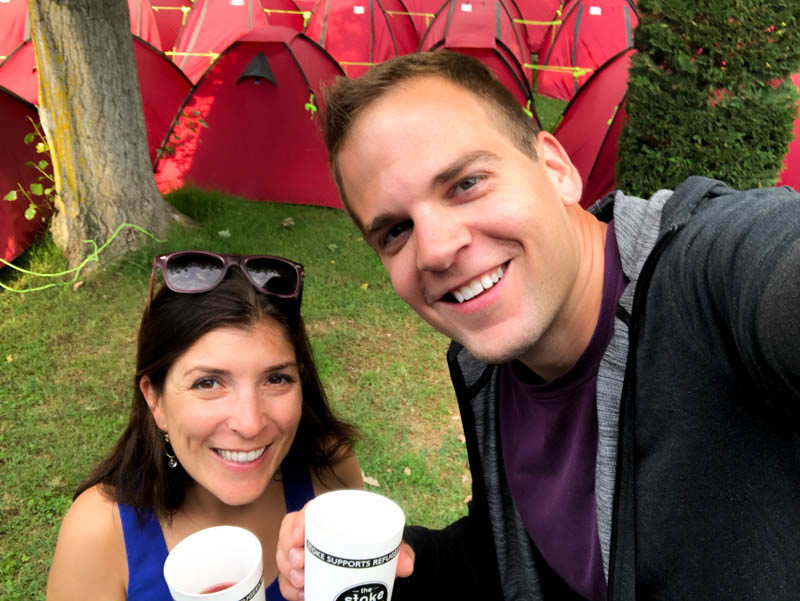 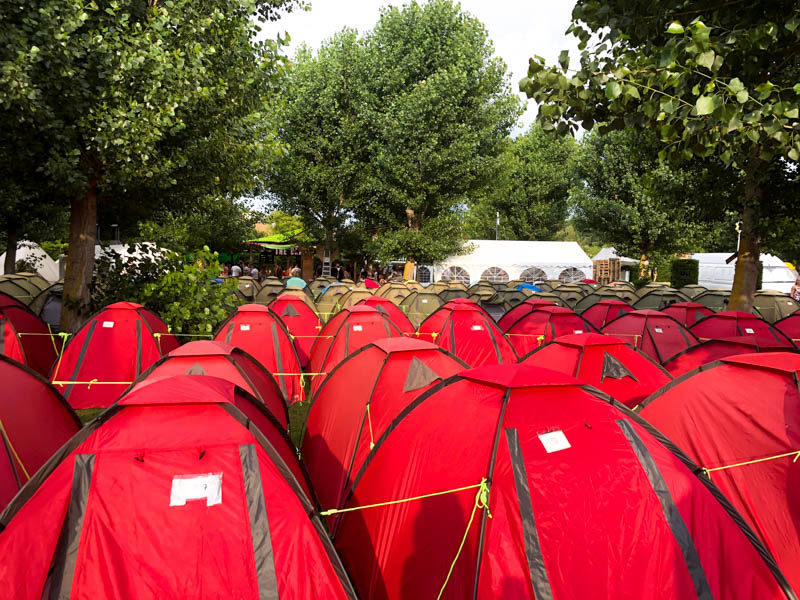 And They Do This Why?

The story goes back in the 12th century, there was a land dispute between Haro and its neighbor. To mark the border, the people of Haro planted a purple flag each year. This annual ritual later became a more festive affair when someone decided to turn it into a wine fight to celebrate.

A new ridiculous tradition was made. Now every June 29th, the small town of just 15,000 residents gets decked out in white outfits, heads to the top of Haro’s highest hill and el Batalla del Vino – the Battle of Wine – ensues.

Don’t be fooled into thinking this event is only for teenagers. Everyone partakes, from mothers egging on their young kids to spray passersby to numerous old men attacking anyone in sight with loads of red wine.

Nearly 10,000 people participate in this festival. And it is mostly locals from surrounding towns, rather than it being a tourist event. But while it was really obvious we were outsiders, we were extremely welcomed. One older Spanish man was really excited to talk with me at a local tapas bar, tell me all about how he’s been participating in La Batalla del Vino for 40 years and his tips (don’t stay up all night, and just have fun!). 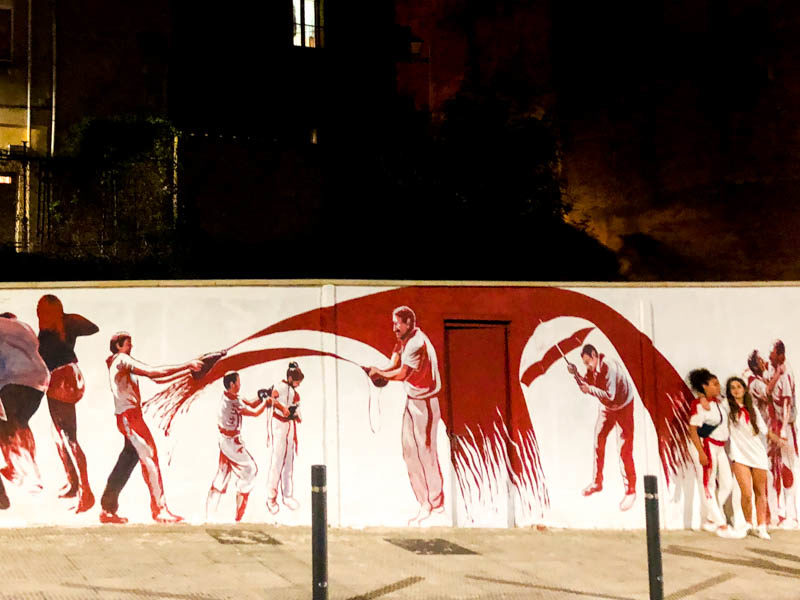 Everyone decks out in all white, plus a red scarf. Of course we also made sure we were dressed the part too.

After only a few minutes of the fight starting, the white outfits quickly turn to purple. The white even indicated those who were bigger targets. Did you still have a white shirt? Guaranteed people were going to come after you first. No one was off limits or can make it without getting wined. 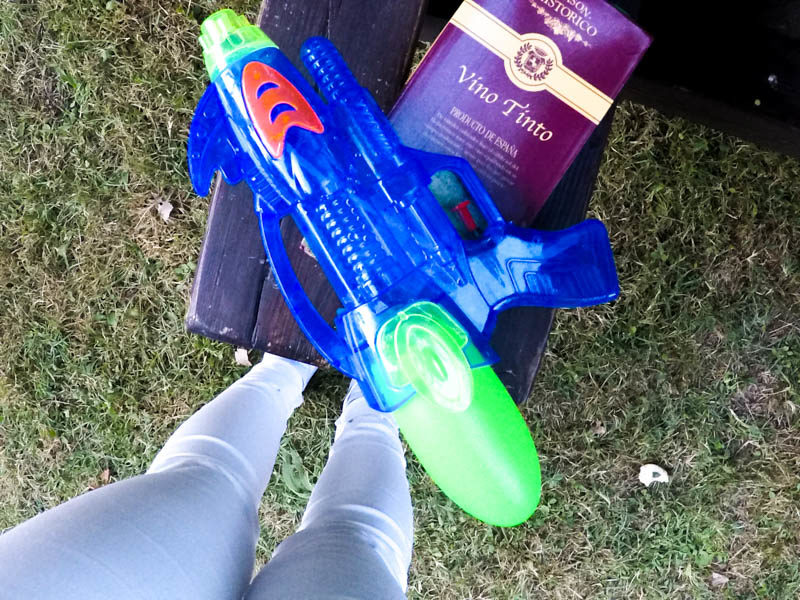 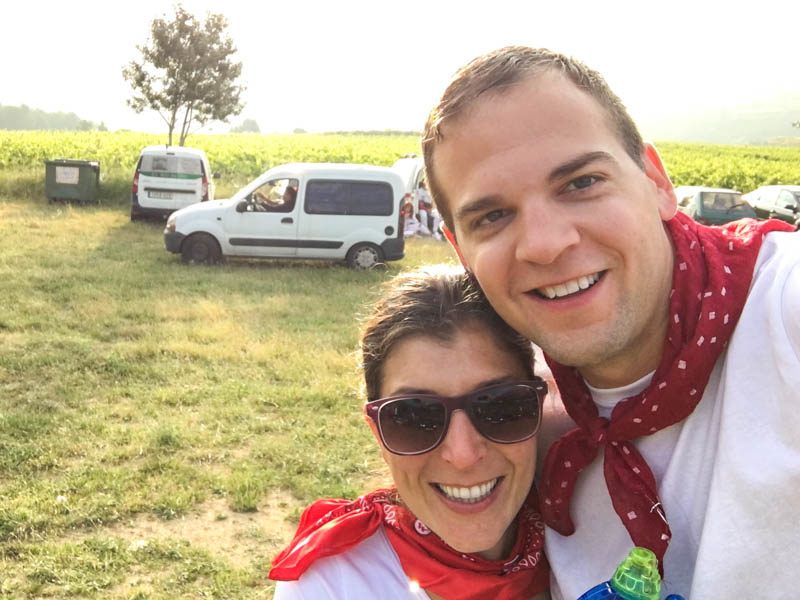 The night prior, the whole town of Haro is in celebration – live bands playing all night in the square with dancing and drinking in the street. Some claim you should stay up all night to really get the full effect of the festival, but as the older Spanish man told me, we finally opted to get some rest around 3am.

Around 7am the next morning, we put on our white outfits, grabbed our boxes of wine and squirt gun and hopped on the bus through the vineyards to the base of the nearby hill. From there, everyone starts the march up the hill to begin the fight, armed with anything from squirt guns, buckets or – my favorite – fertilizer sprayers, filled with red wine.

About 2/3 of the way up the madness begins. No need for a whistle or an official starting point. Families armed with wine are your welcome party, yelling good morning as they spray you without much warning.

Quickly it becomes total chaos with thousands of laughing purple people running and chasing each other, dancing and singing, and generally causing a ruckus. 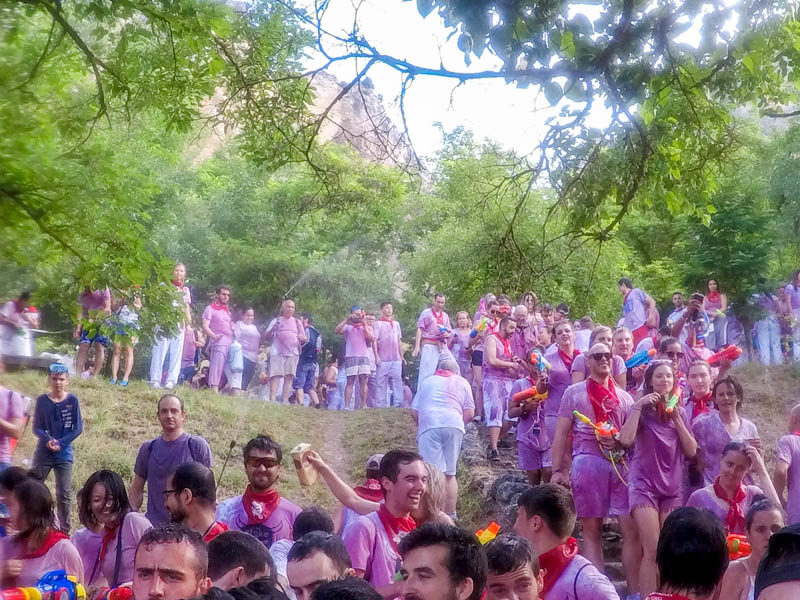 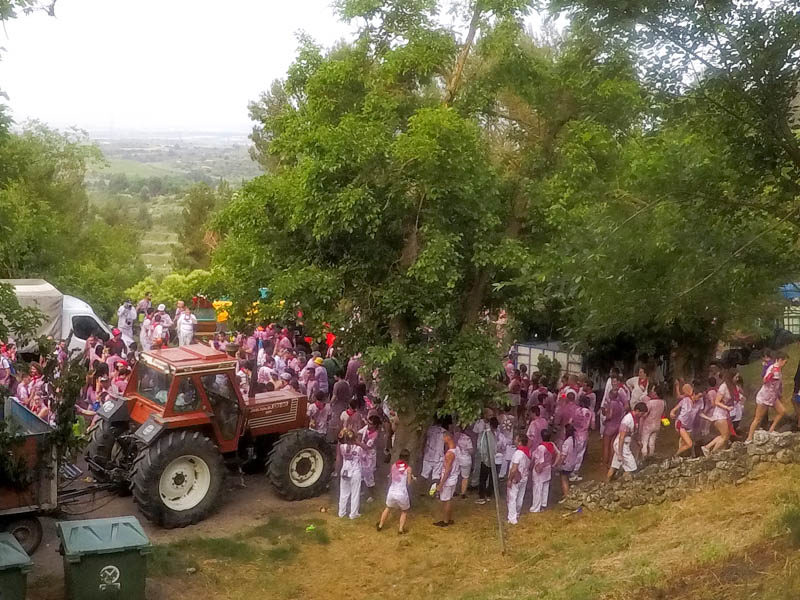 In just the few hours, more than 130,000 liters of wine are spilled – so much so that the streets are literally flooded with wine. But don’t worry, only the bad box wine is used. The good stuff is always saved for actual drinking!

For us, after about 90 minutes we decided to call it quits. As it was only about 9am, the sun hadn’t quite covered the vineyards up yet, and man, being soaked in wine in the shade can get chilly

The locals however fight until the wine runs out, when the party continues back up the hill in town. They march through the streets in their wine-soaked outfits, carrying flags and yelling choreographed chants. Singing, dancing and lots of drinking continues through the night.

I’m impressed by their stamina. We were ready for a nap, much needed shower and clean set of clothes. Days later, we still had wine-stained hands but more importantly a lot of fun stories and good laughs.