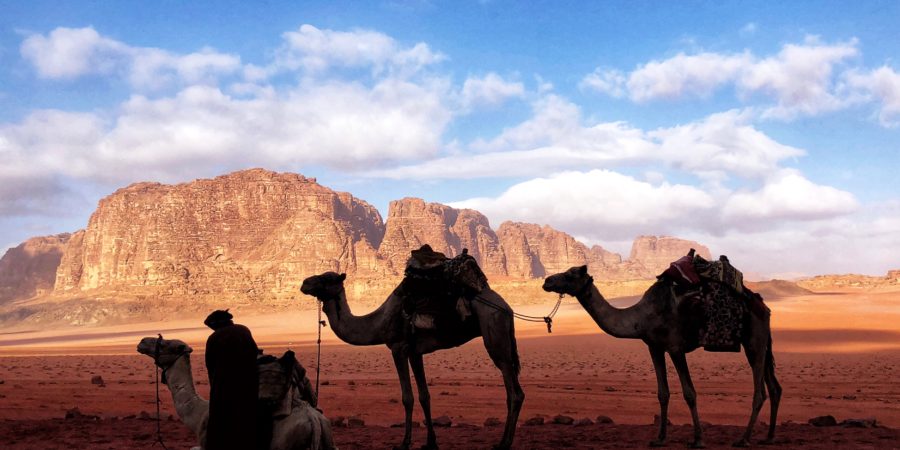 I admittedly didn’t anticipate liking Jordan as much as I have. While most visitors only stopover in Jordan for a day trip or one night, we elected to spend much more time with just over two weeks.

After a nice flight from Dubai and a super easy time through immigration, we picked up our rental car, off to explore the country. Jordan has been easy to get around and very welcoming to Western tourists, with a lot of English speakers and friendly locals. The food has been delicious and the weather nearly perfect, around low-70s in the day while a little chilly at night. 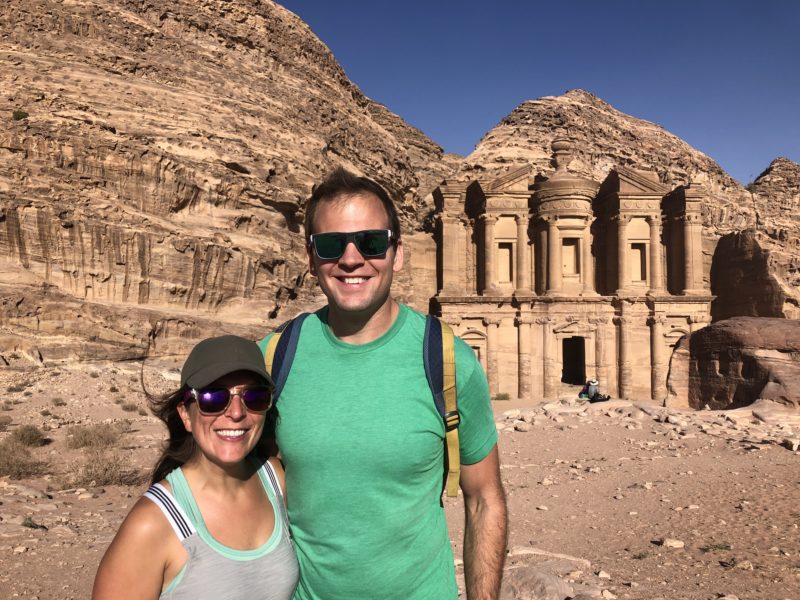 With so many places to see and various things to do, we’ve got a jam-packed itinerary including floating in the Dead Sea, spending under the stars in Wadi Rum, exploring the ancient city of Petra, diving in the Red Sea, hiking in the Dana Nature Preserve, and seeing the Roman ruins of Jerash and Amman.

Jordan is certainly right in the heart of the desert, which of course is arid and brown, but somehow still really beautiful with big mountains and vast valleys. I loved seeing sunset in Wadi Rum, the national protected area, with the colors reflecting off the huge sandstone rock cliffs and the silhouettes of the camels wandering across the red sand. 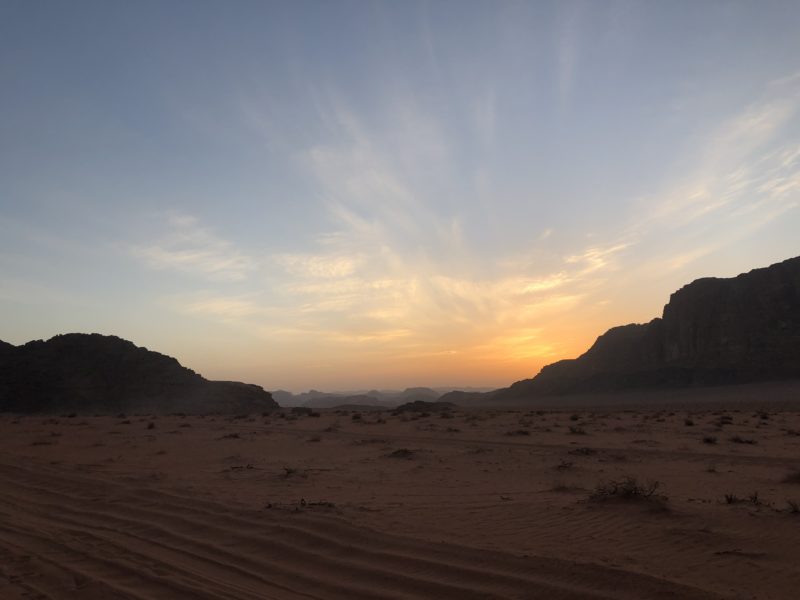 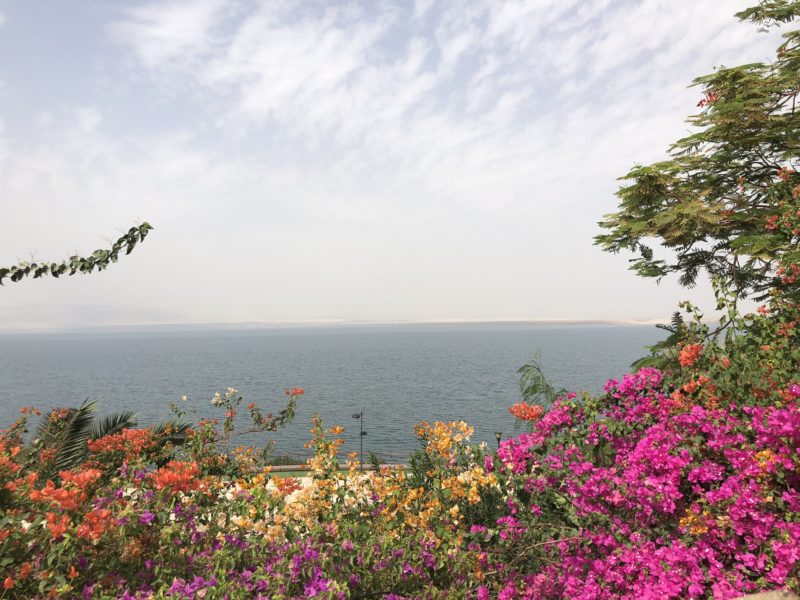 Petra is probably Jordan’s number one destination and for good reason. The massive ancient Nabatean city is over 2,000 years old and full of well-reserved ruins like the Palace Tomb (our favorite) and the Treasury (famous in part due to its cameo in Indiana Jones). We hiked nearly 20 miles in our two days there, exploring nearly all the ruins built into the rocks, looking up at the deep canyons of the Siq main roadway, and climbing the neighboring mountains to get gorgeous views of the valley below.

In Wadi Rum, we enjoyed two nights in the desert with the Bedouins, the local families who have lived historically in the desert for centuries. We “glamped” in traditional Bedouin tents (but now outfitted with a mattress of the floor, electricity and even Western-style bathrooms), which included magical evenings listening to live music, dancing and sipping sage tea in the candle light, under a sky fun of stars. As this has become more popular with tourists, there are now several camps dotting the desert and you can constantly see jeeps driving across the dunes to deliver tourists to and from, but that didn’t deter from our enjoyment. 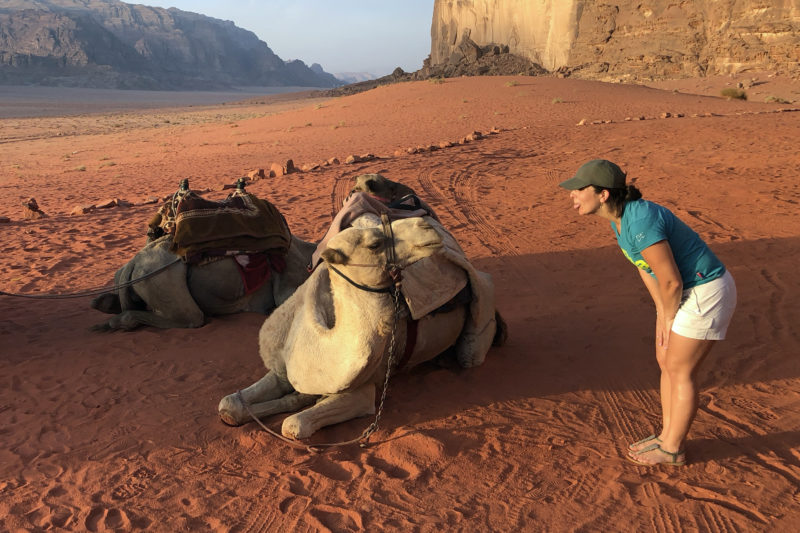 And you can’t forget the Dead Sea, which you can access from either Jordan or Israel. Regardless of which side of the border you’re in, the experience is the same – an incredibly bizarre but fun time floating in the deep waters. It’s both relaxing and awkward feeling, especially when you try to stand up and your legs will just naturally want to push their way to the surface. After a brief Dead Sea mud bath and a salt scrub, my skin had never felt softer.

Bring on the vegetables! Especially after so many places we’ve visited haven’t had veggies, I’ve been in heaven here. I’ve been living happily off various salads like cucumbers, tomatoes and peppers tossed in a tahini dressing, roasted eggplants in za’atar spices and marinated baby zucchini.

But of course, you can’t go wrong with all the fresh feta cheese with a drizzle of local olive oil, and warm, fluffy pieces of Arabic bread. One of my favorite dishes has been moutabel, a dip somewhat similar to baba ghanoush, also made from roasted eggplants but smokier and mixed with tahini.

Ease of Getting Around

When Brice suggested renting a car in Jordan, I thought he was crazy. Especially after traveling around India and seeing how they drive there, I was nervous about it here. But fortunately I let him win that argument and have been impressed by how easy it is to get around. Outside of Amman, the roads are in good condition, signs are in English, and zero traffic. Other people drive courteously and safely. As Jordan is a small country, the drives are also limited – getting from the airport up north to the Red Sea at the south of the country only takes 4 hours.

Rental cars, particularly our hamster car, are notoriously in poor condition though. We have already had one deflating tire, a break light go on and off and can barely make it up the hill in 2nd gear (though we did choose the very cheapest option!). On the plus side however, there are a lot of gas stations along the main roads between cities and friendly people to help along the way and we have cell phones with Jordanian SIMs so we aren’t worried. 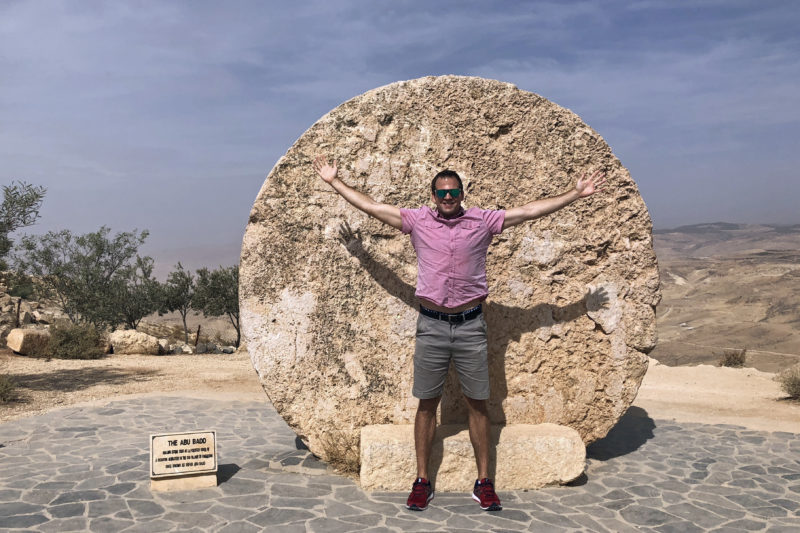 The only real downside has been how much more expensive Jordan is than I anticipated. Nothing has been outrageous but it hasn’t been uncommon to find meals costing about $15-30 a person, not even including beverages and going to Petra will run you $70 for a one day pass.

*Helpful Tip* If you do plan to visit Jordan for at least 3 nights (which I highly recommend!), be sure to get the Jordan Pass. For 70-80JOD per person (about $100; price varies depending on how many days you want to spend in Petra), you get your visa fees and entrances to over 40 sights like Petra and Wadi Rum covered. We estimate we’ve saved $40 each already! 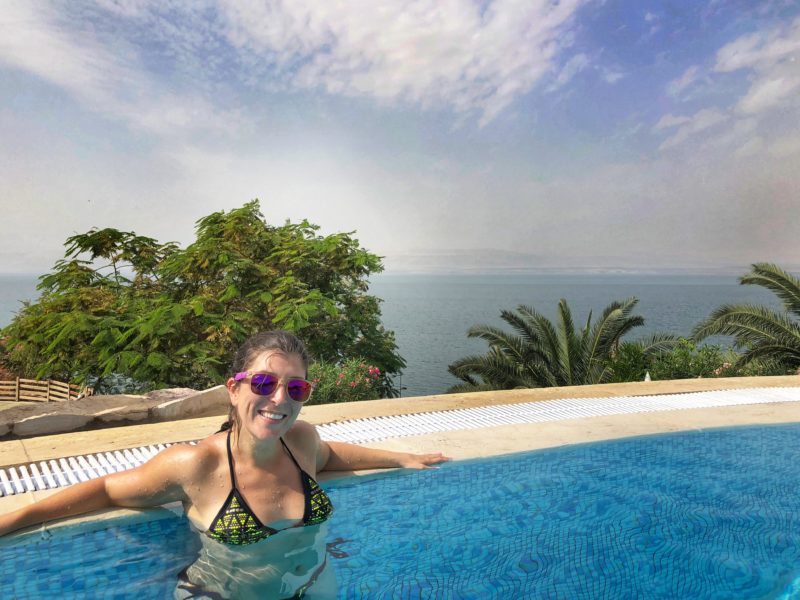 Where Are We as I Write This? In our “bubble” hotel breakfast area in Petra. Yes, we stayed in a giant bubble for a few nights. As close to being an astronaut on Mars as I’m going to get. It was a CRAZY experience, not fully a positive one but certainly interesting. Check out my Instagram to learn more!

What’s the Vibe? Sitting in the breakfast room of the giant, communal bubble, which is currently making a racket due to intense winds that are ripping the sides of the bubble apart. Not sure how long this hotel is going to make it!

What Am I Reading? Rich People Problems, the last of the Crazy Rich Asians series. Cheesy for sure, but an enjoyable read nonetheless! 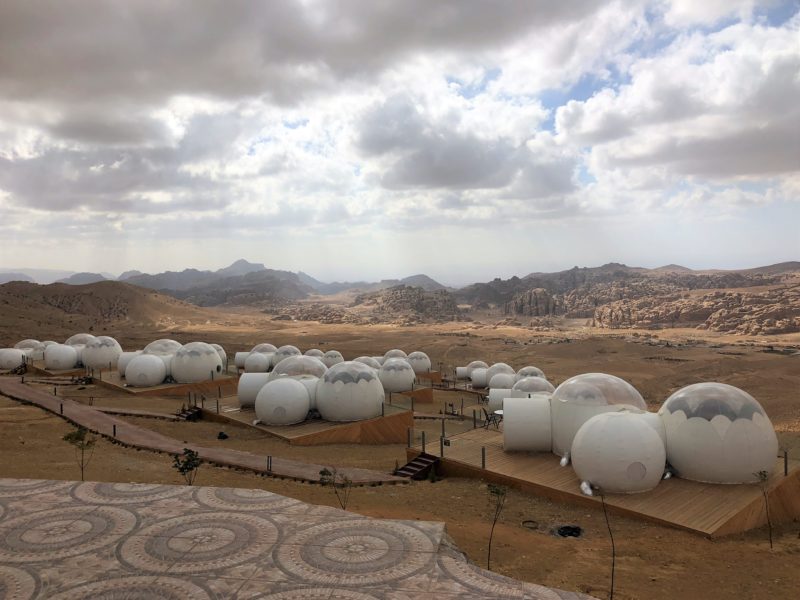