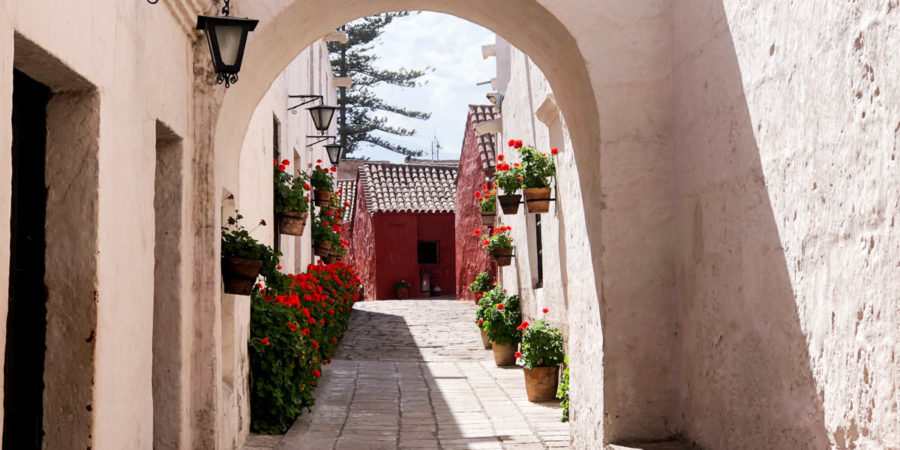 Whenever we head to a new city, like any good millennial, I scope out the Instagram posts of the location first. What’s the hot place to visit? Where should I eat?

Nearly every gorgeous photo I saw of Arequipa, Peru’s third largest city (and easily my favorite in Peru), was of the Santa Catalina Monastery. I am not often smitten by churches but this one just looked too beautiful not to visit. 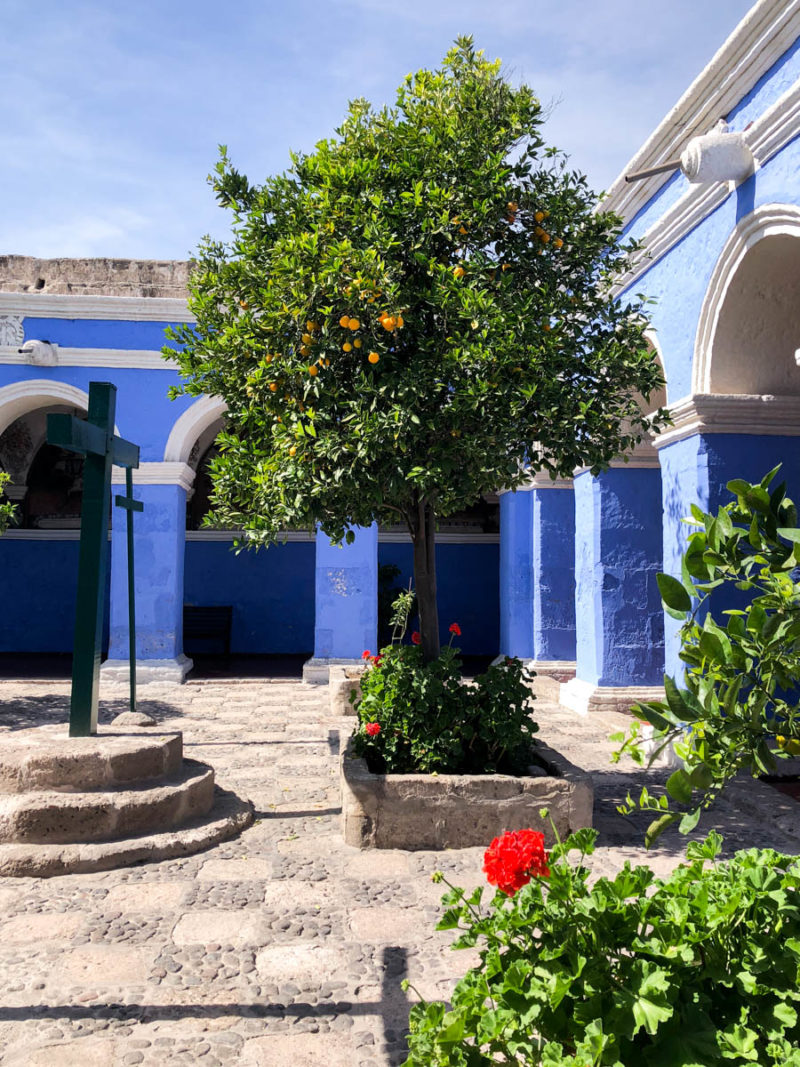 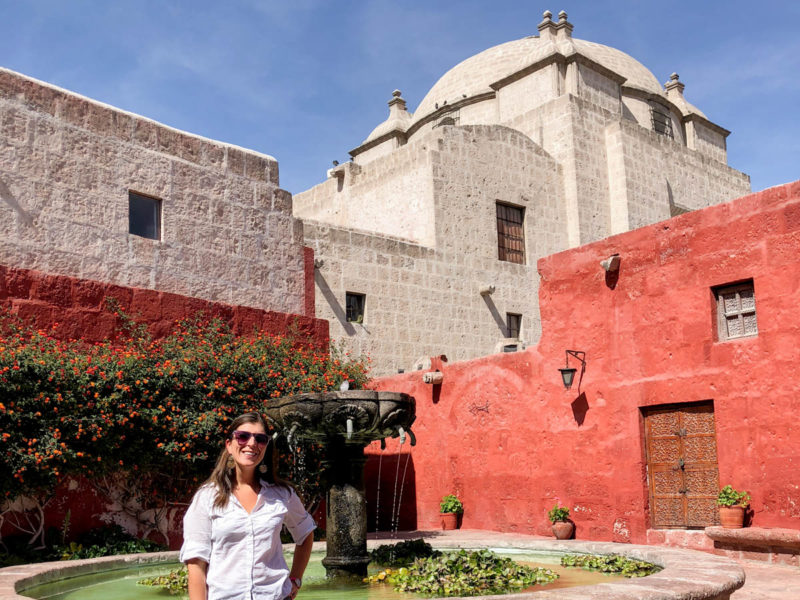 However once we got to Arequipa and I pulled up to the monastery’s entrance, I got a little sticker shock over the cost – 40 Peruvian soles. Now, that’s only about $12 but still, I was surprised by the price for it being Peru and at that time what I thought was just a place for photos. Would it really be worth $25 for Brice and me to go, plus another 20 soles for a guide which everyone insisted was a must?

Brice was visibly not interested in going so decision made, I’d go solo. I decided I couldn’t miss it.

Not only was the visit worth it for the photos, but also for the interesting history that it housed.

A Stunning “City Within a City”

Built originally in 1579, then expanded years later, the monastery is over 215,000 square feet. The walled city within a city takes up about two full city blocks, complete with numerous bedrooms and cloisters, kitchens, bathing areas, churches, a hospital and cemetery and several gardens.

At its peak in the late 1800s to early 1900s, about 450 nuns lived in the monastery, rarely leaving the community. So it isn’t hard to understand why they had such a large and complete space.

It is gorgeous with adobe brick and volcanic rock buildings, brightly painted walls, courtyards and cobble-stoned streets. The area is so reminiscent of Europe, a visiting bishop named the streets after Spanish cities, like Calle Granada. 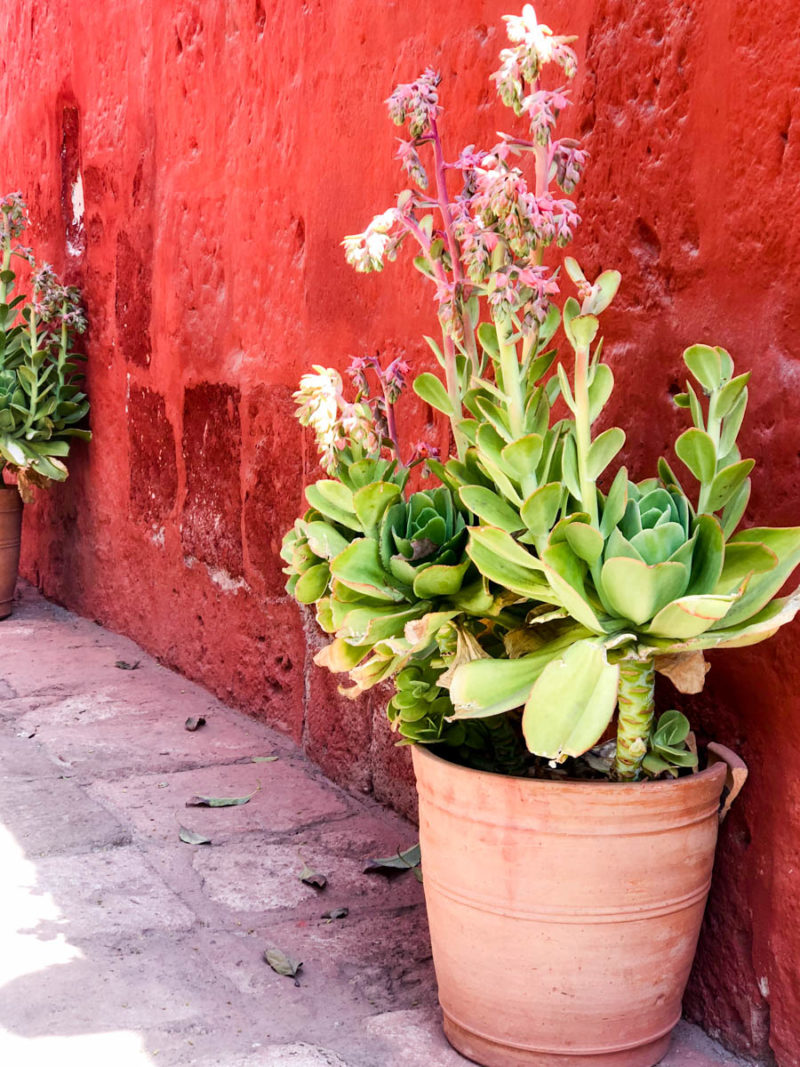 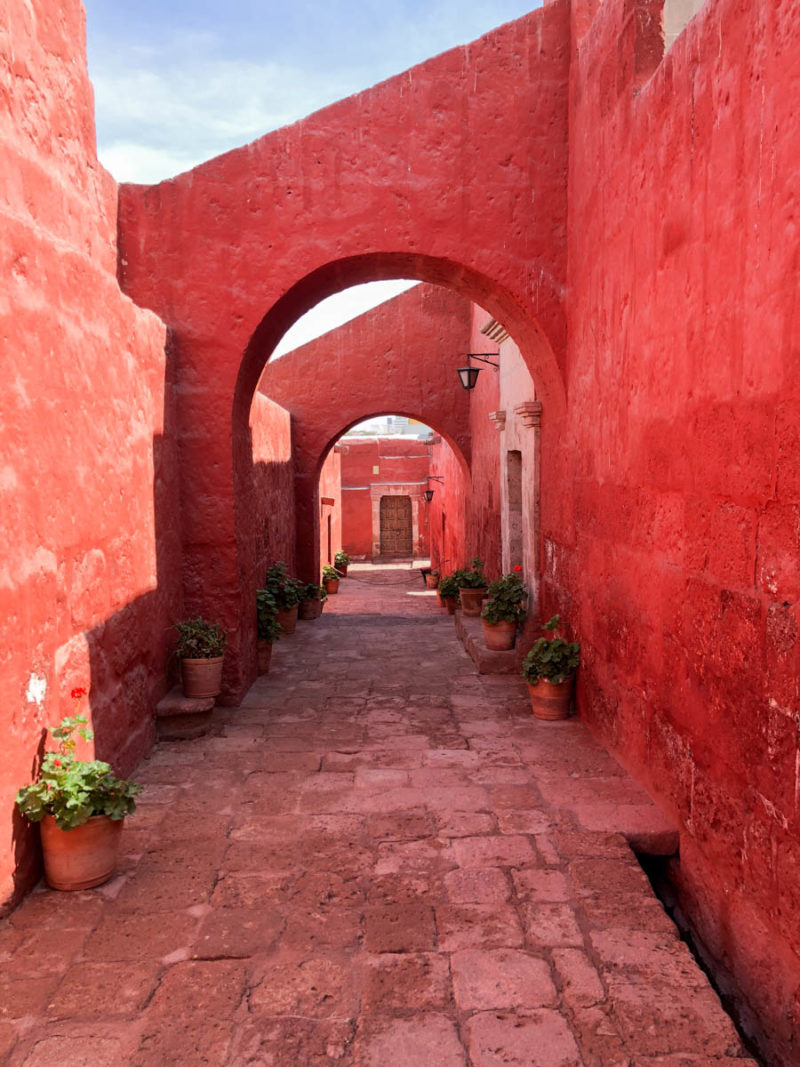 I was enthralled listening to what the lives of the nuns were like. Women and girls would come as young as 12 to join the convent, most of whom lived there in almost near seclusion until they died later in life.

Initially nuns from wealthier families lived almost like royalty with servant slaves taking care of their every whim, enjoying bedrooms adorned with even English china and silk curtains.

Later in the late 1800s, Pope Pius IX changed everything with his reformation, requiring the nuns to forgo their servants and worldly possessions. They lived much simpler lives, devoted to the Church until the mid-20th century.

At that time most moved to another convent in Arequipa. Now only 20 nuns live in the convent, in a small complex that is off-limits to visitors. 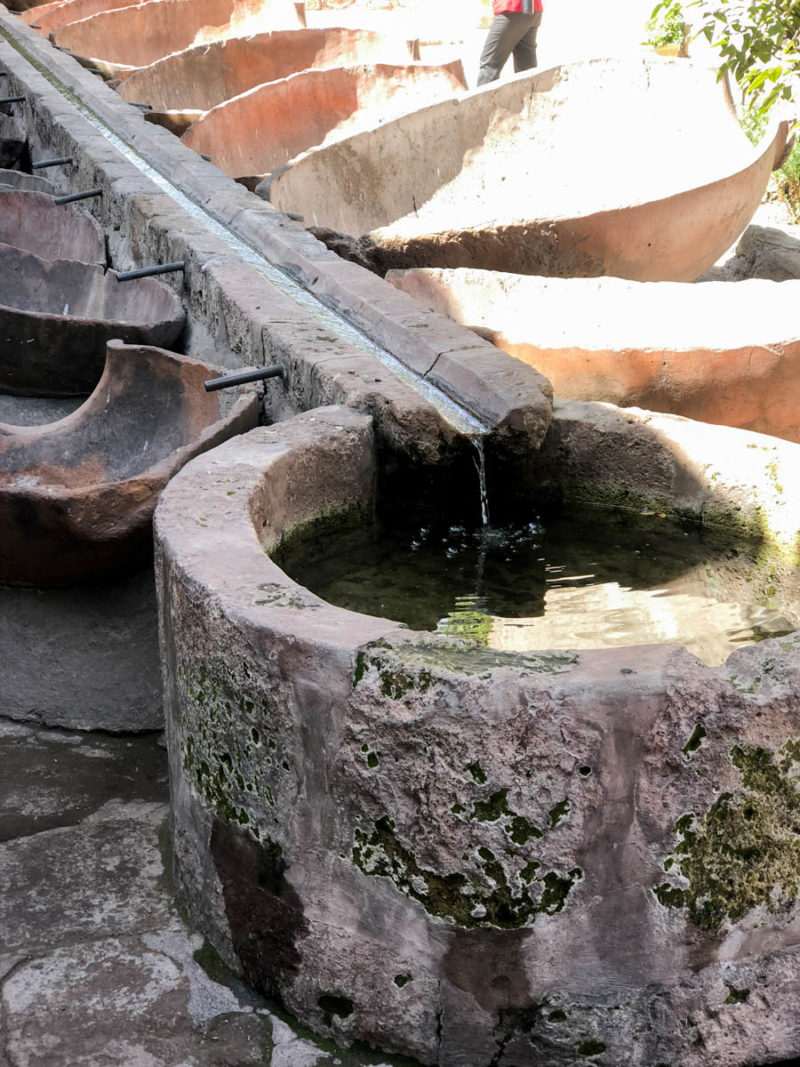 Once you step inside after purchasing your ticket, you’ll be asked if you’l like a private tour. For about an hour, a really nice woman who spoke good English walked me around the monastery, explaining its history and how the nuns lived. It was definitely worth the extra $6 as it made the rooms come alive. Sure, the sites are beautiful on your own but having some background as to what each area was used for was much more fascinating.

Plus, as I was there by myself, she also took several photos of me!

After the tour is up, you can spend as much time as you’d like in the monastery, taking more photos or enjoying the gardens. 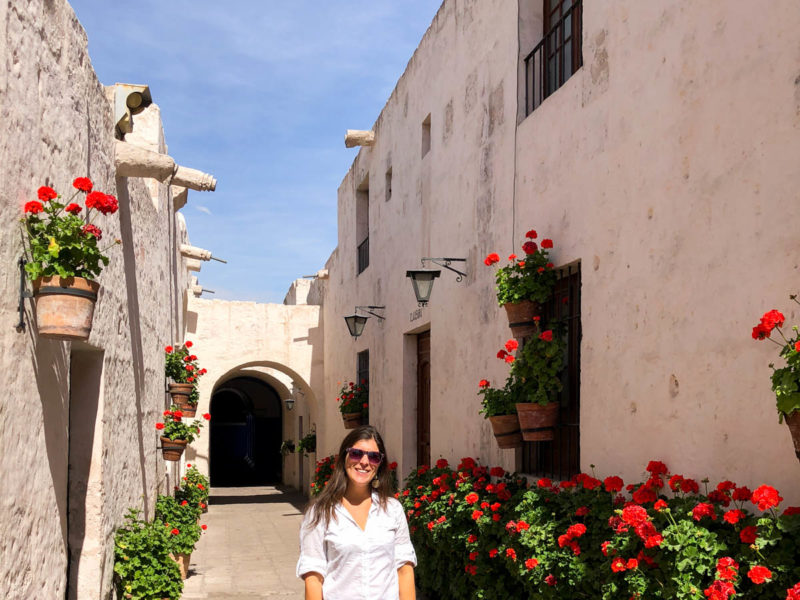 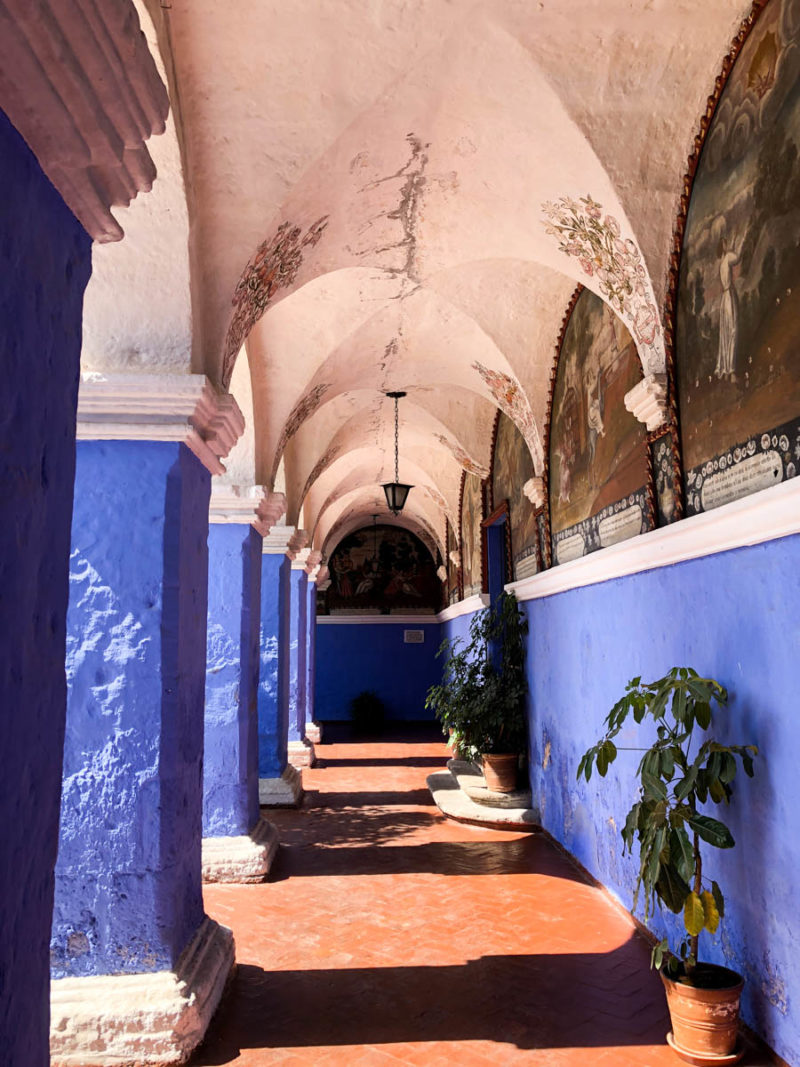 Cost: s/40 per person for entrance, s/20 for private guide

No pre-booking necessary: Tickets can be purchased at the monastery; tours can be booked upon arrival.

Time needed: 1 hour for tour, plus another 30-60 minutes after 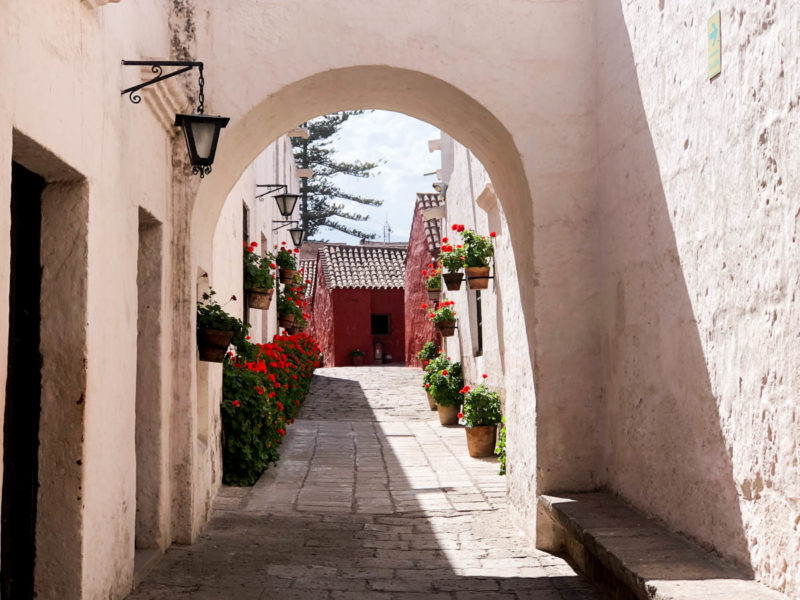 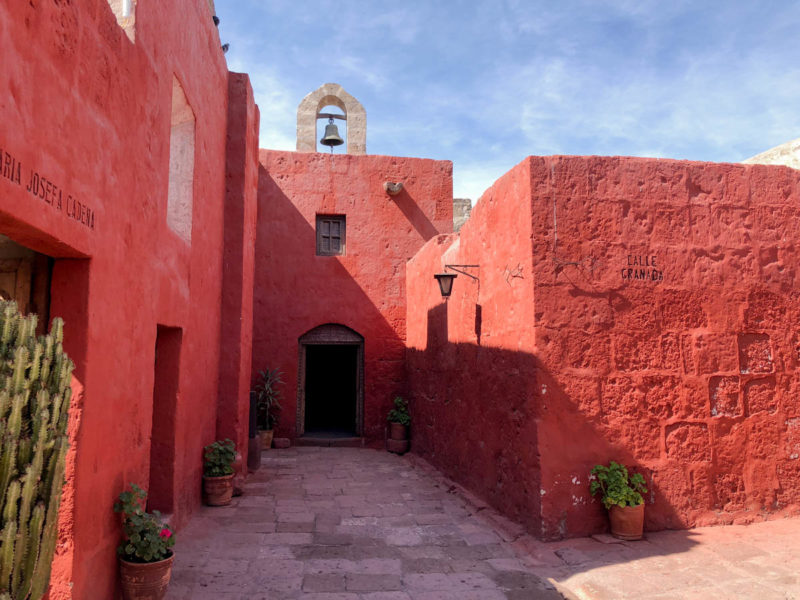