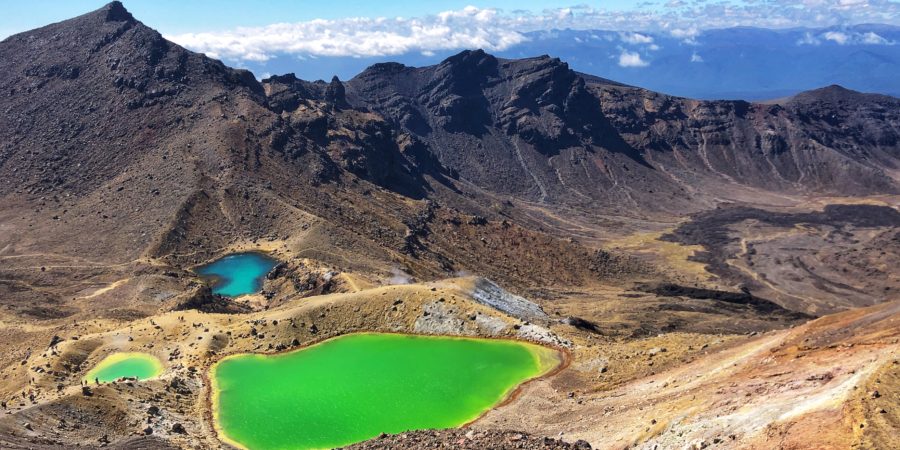 Damn, we really like you, New Zealand. It’s beautiful, people are friendly, it’s incredibly easy to get around. It’s not nearly as expensive as we feared – mostly in thanks to how many B&Bs there are everywhere. And so much fun adventuring to be had all over the country. 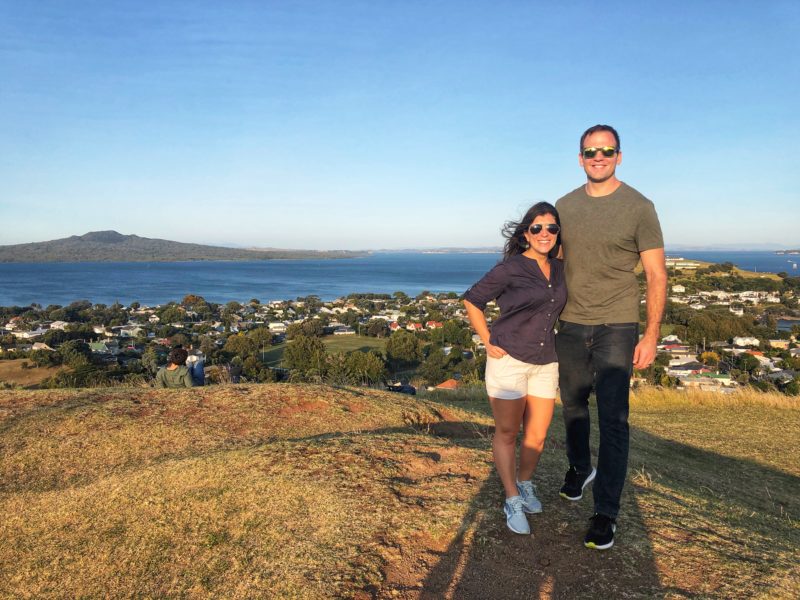 We originally planned on just doing 3 weeks in the North Island, but we’re having such a good time, we opted to extend another 2-3 weeks in the South Island.

We’ve driven over 1,000 miles going from Auckland down to Wellington, with several stops along the way.

What have been our top activities so far?

Zorbing! Seriously one of the most fun things we’ve ever done. We’ve been talking about this forever, having seen it on some news article years back. It is like a giant water slide rolling downhill. Such. A. Blast.

Hiking the Tongariro Alpine Crossing. Pretty much everywhere you go, there are hikes or “tracks” or (my favorite term) “tramps” in New Zealand. The biggest one we did was the Tongariro Crossing, a 14-mile thru hike that passes 3 volcanoes, 2 craters, 3 magical-looking volcanic lakes and across the valleys. We lucked out with beautiful clear skies after a morning fog (some people encounter both rain and snow on the hike, yikes), and got some great views. It was long and didn’t help we did a hard WOD at Crossfit Taupo the day prior, but it was a fun accomplishment. 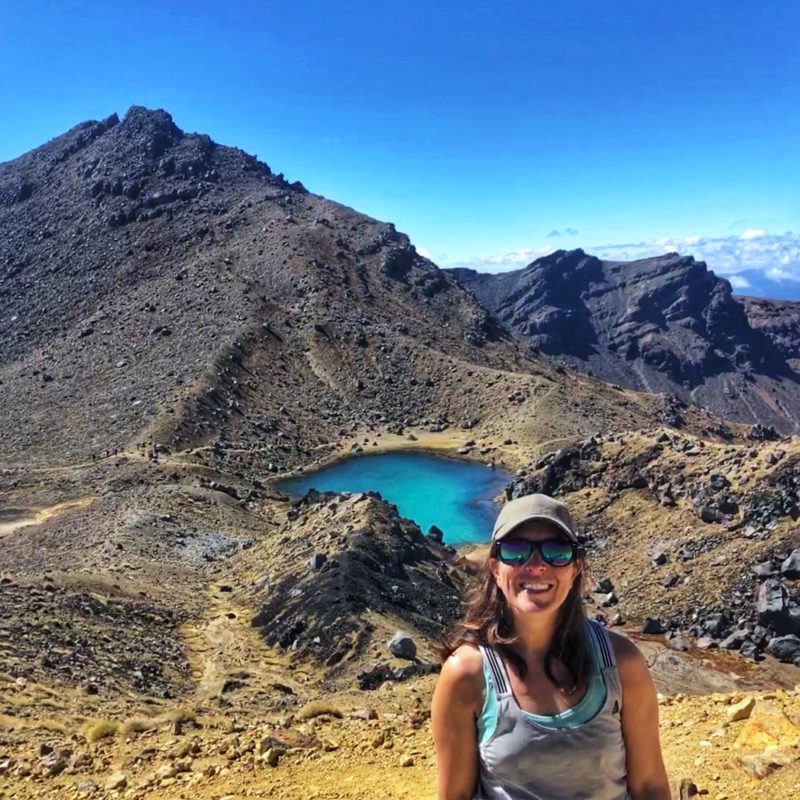 Rafting the World’s Highest Rafted Waterfall. A short and sweet raft ride down a 21 foot waterfall along the Kaituna River. Definite blast.

Wine Tasting through Waiheke Island. Just a short 40-minute ferry ride from Auckland, you get to a quaint island filled with hiking trails and wineries. A perfect place for a sunny afternoon. 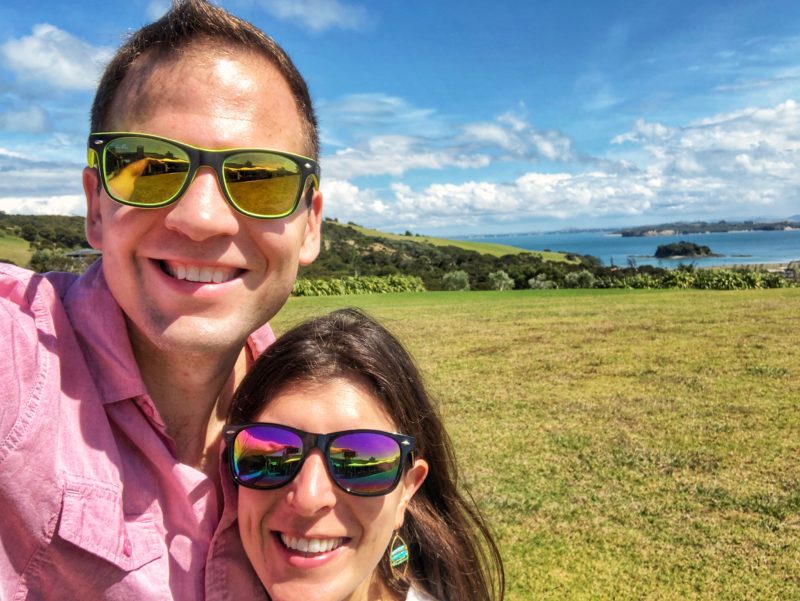 Viewing Hundreds of Dolphins Swim in the Open Ocean. We signed up for a tour where you could swim with wild dolphins right in the deep ocean water, but New Zealand has a law that you cannot swim with baby dolphins. We saw two massive pods, both with over 100 dolphins and a few tiny little ones only a few days old. So that meant no swimming but it was still an incredible experience watching them swim around our boat for hours and seeing the “Subways” as the babies are nicknamed because they are so small. 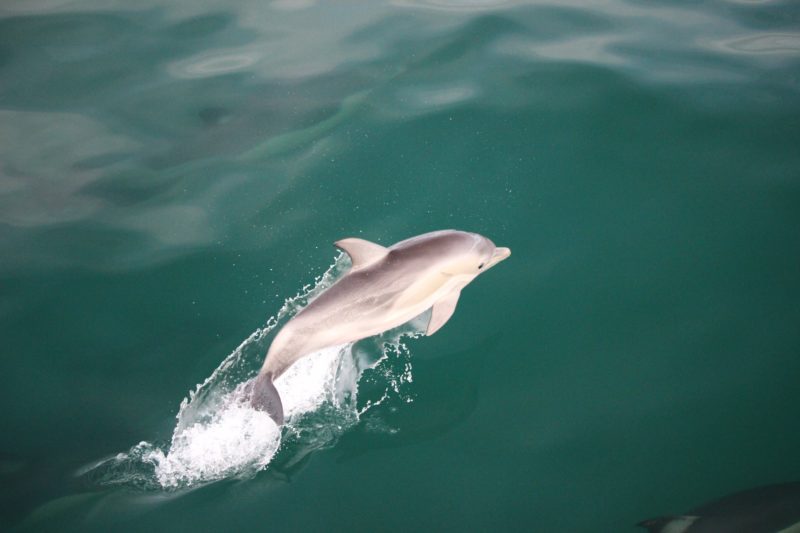 Building Our Own Spa at Hot Water Beach. I thought this would be a cheesy tourist activity but it was actually a lot of fun, digging in the sand to natural hot springs, building a little hot tub, then after getting quite toasty jumping in the ocean. 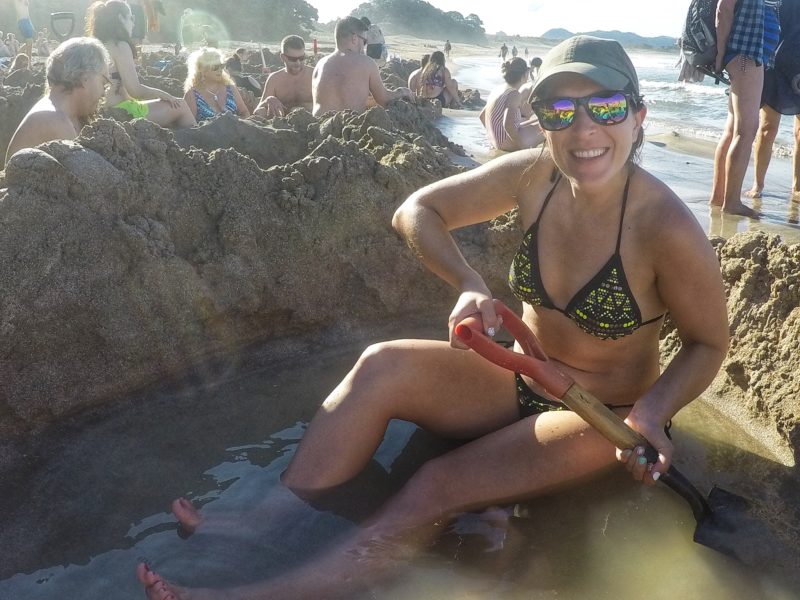 Exploring the Waitomo Glowworm Caves. The tour company we went on was kind of a bust, but the caves were still incredible. Seeing the funky little insects that light up in the pitch black caves truly look like the night sky. We opted to do the tour that included abseiling, tubing and climbing around in the caves, which was cold and made it less magical but perhaps a bit more “New Zealand.”

Kayaking to Cathedral Cove. This trip has made me fall in love with kayaking. Beautiful views along the calm waters to a sandy beach. I get it now. 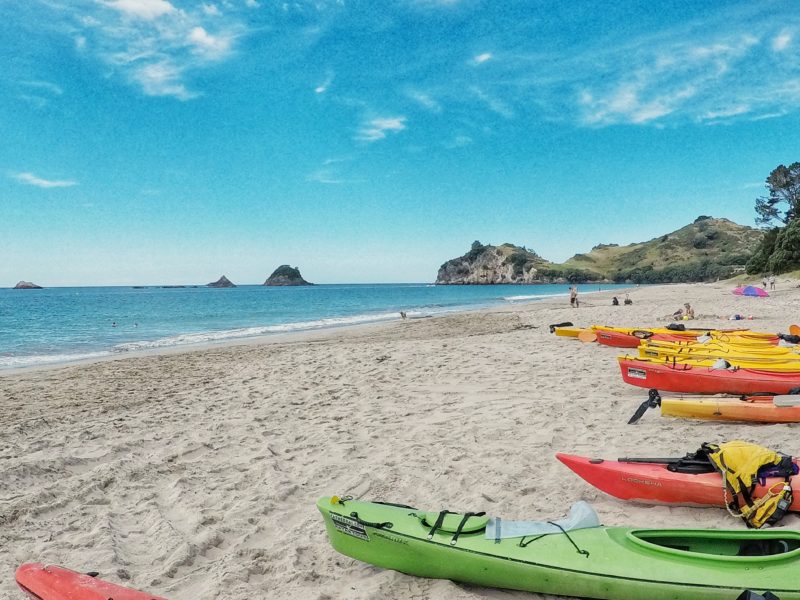 Horse Ride through the Farmlands. Much easier than our last horse trek, ha! We had a great trail ride up and down the hills, filled with cows and sheep. Great views, well cared for horses and a fun conversation with our Kiwi guide.

Biking Along the Pacific Ocean and to Hawke’s Bay Wineries. Such a nice, fun ride, which was an easy 38km on almost exclusively bike paths. 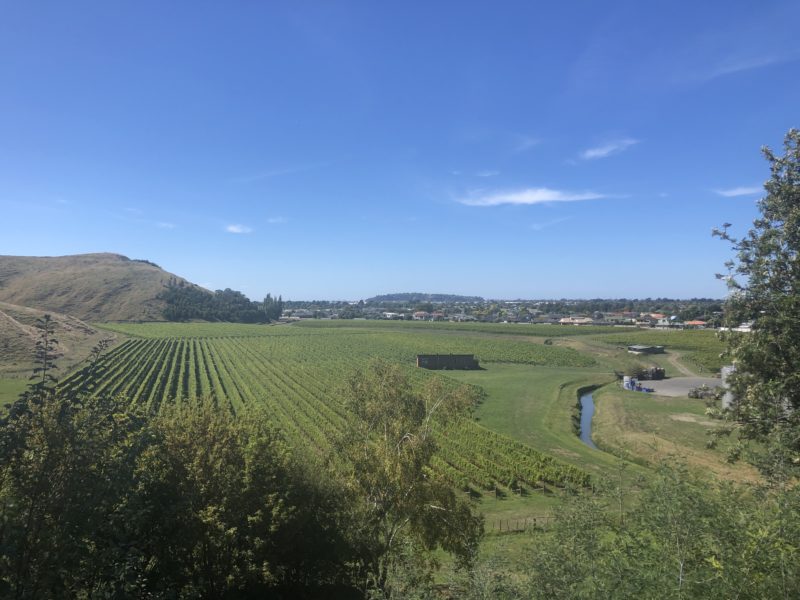 Rafting Ourselves Down the Rangitikei River. This was one of the craziest things we’ve ever done. We had a two-person raft that Brice and I had to navigate down Class 4 to 5 rapids. Somehow we didn’t kill each other and not only survived, but had a great time with the River Valley Lodge crew. Talk about an adventure.